CWTV's "Gossip Girl": The "Lucky Ducks" sometimes think they are better than other people 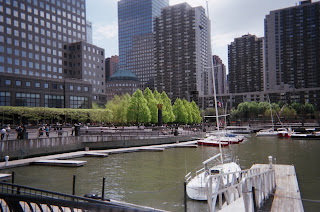 CWTV’s “Gossip Girl” sounded rather menacing when it appeared in 2007, and the battles among Manhattan rich kids in prep school held more enticement than I first expected. For one thing, it provides a lesson in “online reputation”, as all the kids’ exploits get blogged about by a mystery girl – mobile blogging, to be sure, read on all the kids’ cell phones. Twitter and Facebook haven’t gotten into the show to my knowledge. (As far as the “identity” of the blogger and her own reputation, here’s a reference link )

The most conspicuous male stars are Penn Badgley as Dan Humphrey, who didn’t quite “survive” (ask Ashton Kutcher what I mean) in transition from "The Bedford Diaries", and Chace Crawford, whose character has to deal with the jailbirding of his dad.

Tonight’s repeat episode “Enough About Eve” (link) caught my attention as Vanessa (Jessica Szohr) competes with Blair (Leighton Meester) to give a freshman toast at NYU (as if it were more than a workplace toastmaster’s club) to please her mother. Vanessa says, “Some people are simply better than others.” Later there is a line “Molly, what makes you better than me?” Then Vanessa’s mother says she had “challenged you to be your own person, but what is this person turning into.”

Next week's is "How to Succeed in Bassness" with bad boy Chuck Bass (Ed Westwick).

I guess Vanessa is laying up her treasures on Earth.  She should watch Tracey Jackson's "Lucky Ducks" and all the interviews on that DVD (see the movies blog April 9).

The official “Gossip Girl blog” is here.
Posted by Bill Boushka at 8:04 PM