"Flashpoint" on CBS is no "FlashForward": conventional police SRU 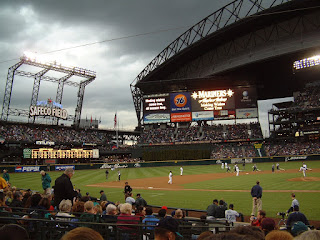 CBS’s police drama series “Flashpoint” is no “Flashforward.” There’s no existential mystery or really original characters as in “Numb3rs”. It’s a series about a “strategic response police unit” (SRU) in a city that looks like Seattle that concentrates on lone-wolf threats, hostage situations, and other unconventional but essentially local challenges.

On June 11, “Never Let You Down” was a typical episode. A man kidnaps a young woman, who has already fended off a dangerous suitor in a restaurant where she works, whom he believes, because of delusion, that she is his daughter. That’s a pretty strange belief is someone is put in the trunk. The police develop his history of voluntary commitment into a mental institution; his ex-wife talks of his depression and apparent schizophrenia. There is a confrontation with tactical police near a cliff in th Cascade foothills.

The episode does play on the “uncanny resemblance” problem in identifying people.

The website for the show on CBS is here.

Wikipedia attribution link for picture of Safeco Field in Seattle.
Posted by Bill Boushka at 7:21 PM