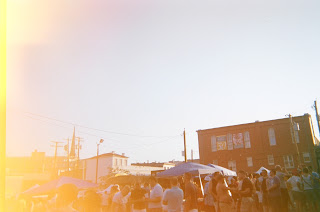 McCain noted that the Taliban “can’t parse comments” made about it from around the world, and depends on cultural cohesion. He also mentioned the issue of allowing military recruiters on campuses opposed to their presence because of “don’t ask don’t tell”.

Sebastian Junger was probably the show’s most notable guest. I met him in Minneapolis in 1998 at a booksigning party for “Perfect Storm”. Junger presented statistics on the number of civilians killed in Afghanistan before the Taliban was deposed in 2001, and now. He also discussed how integrated stability of Afghanistan and Pakistan are linked.

I think that the MSNBC web page (here) for “Meet the Press” is a bit rude. It is mostly empty, and directs you to a download page for iTunes apps. That’s OK, but why not have a page of regular articles and embeddable video, like other shows? Junger’s comments would make a good embed, but they were not to be found.

Here’s a YouTube interview with Junger from the Hoover Institute.

There are a couple of older hour-long interviews by him that I’ll look at later. He talked about the absence of fear in combat, when he carries a camera but no weapon.
Posted by Bill Boushka at 1:04 PM