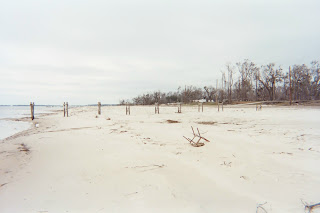 Here is the transcript for Obama’s national speech on television networks tonight. (I had to play to spell the CNN link correctly, which got inserted incorrectly; here it is. )

One of the most interesting announcements was that the escrow fund to compensate those with huge economic losses in the Gulf area will be managed by a third party, not by BP. That sounds like simple abuse control.

Further, he announced much more distant regulation of the oil industry, breaking up the conflicts of interest and “good old boy” politics among regulators. This sounds like a replay of the discussion of financial regulation; as George Soros says, so goes market fundamentalism.

He also talked about the challenge America faces to go to more renewable industries, which he compared to putting a man on the Moon.

But the president did not talk much about actually plugging the leak and ending it, and admitted it would leak more oil for quite some time.

He also talked about the six-month suspension of deep water drilling of all US coastlines.

This was reported to be the president's first ever Oval Office (broadcast television) address.

Visit msnbc.com for breaking news, world news, and news about the economy
Posted by Bill Boushka at 5:47 PM