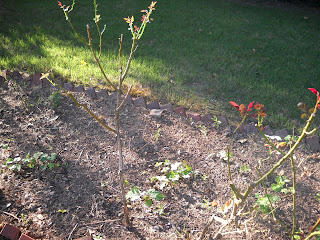 Tonight (July 11, 2010), ABC’s “Extreme Makeover: Home Edition” re-aired the episode about the South Carolina Suggs family. TV Grapevine has a summary (where as ABC’s own site doesn’t make it easy to find all the episodes, many of which drop off) here.

Armanda was forced to become a substitute parent for her younger siblings because her parents left the alone too much. Her parents’ behavior did interfere with her education, although she eventually earned a GED and started community college. She met and fell in love with and married Derrick. Some time there after, her oldest younger sibling Jacob called and told her that he and the other brothers were being put in foster care, so she took them in. Her husband says “he married a family.” This is certainly a case where family requires adult kids to cover for their parents’ behavior. From media reports, it does appear that the couple does have one or two children of its own.

The result of the new home is, of course, spectacular, with enormous space, and a modern workout room for Jacob. It looks like something from the SyFy channel.

Some of the web references about the show call for home-remodeling volunteers in some cities, such as Baltimore.
Posted by Bill Boushka at 6:39 PM