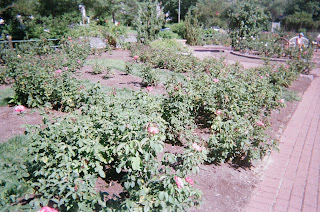 CBS 60 Minutes last night (July 18) presented a report (by Henry Schuster) about life with “Golf Company” in the Marine Corps, patrolling and pacifying a narrow vertical stretch of southern Afghanistan, actually low country, an area called “Little America”.  The unit's presence is part of President Obama's recent additional deployment to Afghanistan. The text link for the story is here.

Marines secure land, and then the Army holds it.

The report showed life in the Marine group, in a manner reminiscent of Sebastian Junger’s film “Restrepo” about an Army ranger company farther north in the mountains.

The report covered the loss of a Marine lance corporal, and the difficulty of avoiding land mines in the surprisingly swampy land.

The Taliban is a catchall for a patchwork enemy consisting of warloads, religious leaders, and villagers working for the highest bidder. In this area, many grow opium and heroin, making the operation take on the character of the Colombian drug wars.

The report emphasizes relationships with the villagers, very sensitive to security and loss of civilians.