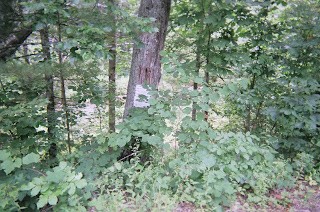 The Discovery Channel is running a series “Powering the Future”. On July 17, the episodes were called “The Energy Revolution” and “The Energy Planet”, sponsored by Shell. The link is here.

The most interesting facility in the first hour was a solar plant in Spain that stockpiles the energy in a salt vat for release of the energy at night to about 40 homes.

The idea of solar paint was presented: the homeowner could just paint the roof and connect to the right wiring apparatus.

The second hour was very general, and explored the concept of “peak fossil fuel”, mention the BP Deepwater Horizon oil spill only very briefly. We are rapidly approaching a time when it costs more to extract energy from fossil fuel than the energy the fuel produces.

The show examines processes to create renewable energy in nature, as with leaf-cutting ants that use fungus to create the leaves to sugar.

Here is Lesly Mark’s video "Shocking discovery The generator that powers itself and creates energy by itself”, Mag power