Episode of "The Mentalist" claims all encryption schemes could be defeated with a generic "key"; what would happen to the Internet? (It's only fiction!) 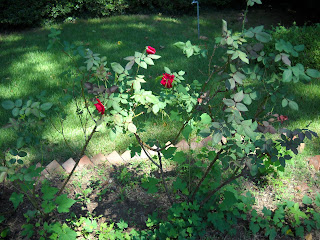 Another episode of “The Mentalist” called “18-5-4”, as if it were a combination for a padlock you use at the health spa, contains an interesting idea. It was episode 21 of Season 2 and first aired on CBS May 6, and re-aired on July 22.

A brilliant young man, Noah, socially awkward but nevertheless married, is murdered by someone dressed as a clown, near a tryout or audition for clowns. As the CBI (California Bureau of Investigation) whittles into the case, it discovers that Noah had worked on some sort of universal decryption program that could defeat any encryption, as on the Internet.  (So much for Mozilla's "https everywhere"!) The government wants it, but any hacker or criminal could defeat all the security mechanisms on the Internet if he had it. (This of the “Girl” hacker in the “Millennium” movies from Sweden and what she could do with this.) Noah had regarded this as just solving a “puzzle”. Smart people get paid big bucks to have fun what they naturally like to do, which is solve puzzles. (I think there is more; clearly people like Shawn Fanning and Mike Zuckerberg believed they were creating something knew by solving certain programming “problems”.)

The story is told with the metaphor of a chess game, which Patrick Jane gets into, often calling off the moves in algebraic notation by visualization. There is a mention of the gambit in the opening and its being “declined”, and it ought to be the Benko Gambit, but the moves don’t quite match. (I think a really good script could match the peculiarities of some specific chess opening, with the correct moves shown, to the events the screenplay as they happen to the characters.)

There is also an engaging 19-year-old mental patient, who has already finished graduate school, and who had met Noah. The script tends to illustrate how brilliance goes wrong by focusing on certain ideas literally and taking them to the point of absurdity.

Why not name a movie (or a Mentalist episode) “The Benko Gambit”?
Posted by Bill Boushka at 8:14 PM