NBC Dateline: "The Spies Next Door" plus Joe Biden's joke on Jay Leno 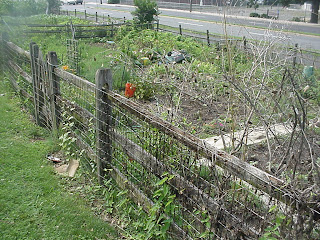 On Sunday July 11, NBC Dateline aired a segment “The Spies Next Door” giving the history of the Russian spy scandal, with Erich O’Neill reporting. The link (which gives only a brief summary) is here.

Anna Chapman (“digital Anna”) was the most visible conspirator, and she may have been careless. But it seems as though none of the “ground spies” picked up any classified information, or even collected “PII” about people that could be given to criminals. It was more a matter of Kremlin bureaucracy, that it wanted to maintain a ground, low-tech spy apparatus. Russians may have gotten a perspective on middle class Americans that would interest their businesses, but it does not seem that they tapped into any real secrets at all.

The Russian’s set up some “dead drop” locations (as had happened with the 1994 Aldrich Ames scandal during the Clinton years), one of them at a footbridge in Arlington VA. I’m not sure where that is; it may be along Four Mile Run, or it may be in Lubber Run Park or near Bluemont Picnic Area (which is, however, quite heavily traveled). I’ll try to get a picture of a couple of possible locations later.

The Russians used a laptop-to-laptop exchange that was not easy to wardrive or intercept (I’m not sure how, other than with strong encryption), but apparently to the same vans in various cities, especially New York.

All of the spies were charged with living as unregistered foreign agents, but they were not charged with more serious espionage charges. The media has covered the spy exchange in Vienna.

Visit msnbc.com for breaking news, world news, and news about the economy
Update:

Here's a picture of the footbridge in Lubber Run Park in Arlington closest to George Mason Drive. It is relatively quiet and has less traffic than the bridge near the ampitheater. Is this where the drop-off was?  Will Clint Eastwood make a movie called "The Bridges of Arlington County"?  Or will Dateline? 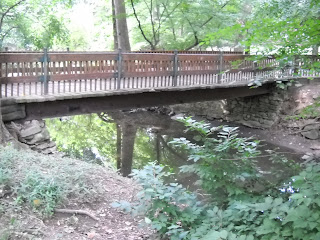