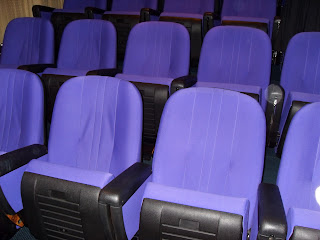 PBS sometimes airs half-hour episodes of the British sitcom “As Time Goes By” dating back to 1992.


The name of the series comes from the song in the classic film “Casablanca” that provides the music of Warner Brothers trademark. But BBC is the official distributor of this series.

The premise of the series is that to former lovers from the days of the Korean War reunite (in London) when the man gets to know the woman’s daughter when she works for him as a secretary. Judi Dench plays Jean, Geoffrey Palmer plays Lionel, and Moira Brooker plays Judith.

The episodes tend to contain a lot of dialogue that has fun with idioms in the English language, as well as cultural stereotypes. (“You’re a woman, so it’s all right to talk to you.”) In a July 10 2010 rerun, the couple has fun with a lost dog, that almost seems to want to talk (reminding me of Cleo in the 1950s sitcom “The People’s Choice”).

"Atgbf1397" has a youtube video clip where Judith is getting married tomorrow.