"7 Wonders of the Universe" on History Channel 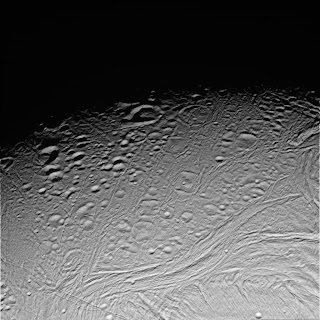 On Thursday August 12, the History Channel reran “The Seven Wonders of the Solar System” as an episode of “The Universe”.


The most interesting may be #7, the moon Enceladus, a small moon with likely water in the interior, spewing out geysers that freeze into snow. The water is heated possibly by radioactive elements, and gravitational friction.

Number 6 was the rings of Saturn, and #5 was the Great Red Spot of Jupiter, which is actually a high pressure system. #4 is the asteroid belt, with Ceres being a dwarf planet. One of the greatest dangers to civilization would be another crash of an asteroid on the Earth.

#3 was the 80000-foot Olympic Mons volcano on Mars, which grows so large partly because of Mars’s low gravity and lack of plate tectonics.

#2 was the surface of the Sun with its solar storms, the subject of “Magnetic Storms” later tonight on the History Channel.

#1 is, understandably, Earth itself.