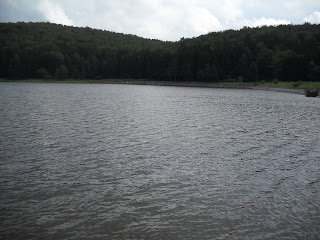 One middle class suburban New York couple was shown spending $75000, with the families saving for a year.

In the US, fathers of brides used to pay for weddings, but the web has expanded. The social pressure to make weddings extravagant beyond what is “rational” raises interesting questions about the pedestal we need to put marriage on – what about those who don’t go along?

AOL recently has a blurb about what not to say at a wedding to the bride.

Will the trend expand with gay marriage? There is no bride in a male couple, so there is no “father of the bride.”

Try Melody Gilbert's documentary "Married at the Mall" (site), referring to the Mall of America in Bloomington MN, which I saw in Minneapolis in 2002.

Here’s a YouTube with Wagner’s wedding march at a Swedish wedding.