ABC's "Secrets of the Mind": a man gets "paralysis of sleep" during love 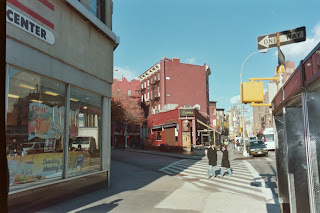 On Thursday Aug. 19 ABC Primetime presented a one hour documentary “Secrets of the Mind”. The first portion of the film showed brain scans of people in different stages of (heterosexual) courtship and falling in love. Stanford has a link on sleep paralysis (website url) here.

Then the show presented the bizarre case of a man who is paralyzed by love, and who develops narcolepsy and a “paralysis of sleep” syndrome. The couple had to remove triggers for these feelings from the walls of their home.

I’ve noticed that myself. When “dating” in the past (particularly in the late 1970s), I would go through various phases of preoccupation with the developing relationship. I think an MRI would have detected changes in my brainwaves and activity. There was one episode in particular that still could make a short film.
Posted by Bill Boushka at 7:28 AM