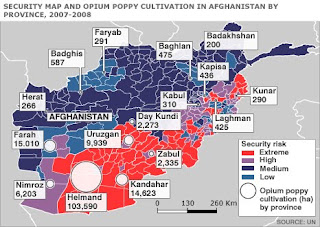 On Sunday August 1, CBS 60 Minutes presented the story of CIA operative Henry Crumpton, who , laving left the CIA, described what he contributed in 2001 to defeat the Taliban if Afghanistan. Toward the end of the segment, he issued a dire warning of what the consequences for America could be – at home, included – if we let Afghanistan go back to radical Islam. Of course, the WikiLeaks affair arguably makes it more difficult to control the situation.

Lara Logan conducted the interview for this report. The long title is "Ex-CIA Operative Comes Out of the Shadows: Tells 60 Minutes U.S. Needs Partners On The Ground In Pakistan To Take Out Taliban And Al Qaeda."

Crumpton says that the US did not “invade” Afghanistan. A small number of operatives won the support of locals against the Taliban in many regions.

He said we are refighting for some of the same villages and territory that had been won in 2001. He said if was at his old job at the CIA, he would be inside Pakistan still building relationships with the locals.

Local Afghans said that this was their war, not the US war.

Crumpton says we were tracking Osama bin Laden inside Afghanistan for two years before 9/11, and that the CIA could have eliminated him on the ground with enough permission before 9/11, even during the Clinton years. More effort needs to be expended against other leaders. These are the “forces of darkness” that will surely mount an even greater attack on the US homeland.

In 2005 I received an email from someone who claimed to have taken aviation training with Osama bin Laden in 1984 in upstate New York.  I called the FBI, and an agent in Philadelphia expressed some considerable interest in the email.

Wikipedia attribution link for security map of Afghanistan.
Posted by Bill Boushka at 6:30 AM