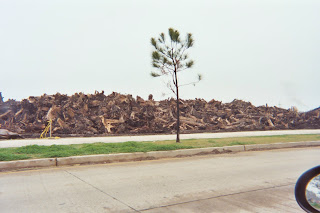 On Sunday, August 22, “CNN Presents” aired “New Orleans Rising: Five Years Later”, and documented the return of many residents to the Ponchartrain Park area. The CNN link (with student and teacher guides) is here (CNN has a licensing program to allow schools to show the film for one year.) Actor Wendell Price was instrumental in organizing the recovery. In some cases, houses were gutted and remodeled (at a cost of $300000 sometimes), in other cases, manufactured housing was brought in. The film showed the area when residents returned in 2005 after the waters had receded.

But Dateline NBC also aired “Katrina: the First Five Days” with Brian Williams, outlining the horrors of the Superdome and later the Convention Center. Newsmen (including Williams himself) appeared before the government, and soon newsmen were asking why the National Guard wasn’t dropping food and water to victims just as in overseas disasters. Journalists were the pivot point for getting the Bush administration to get the aid going.