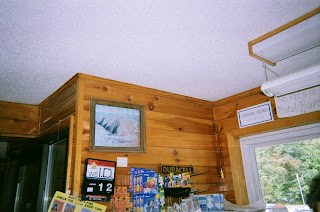 Jeffrey Sachs appeared and discussed the economic rut, and said that America would have to take tough love and invest in long term sustainability and endure lower standards of living and under employment for many average people for a long time.

Then a panel, including Gavin Schmidt and Pat Michaels, discussed the incontrovertible evidence that Earth is gradually getting warmer because of man’s activity, and there will be a slow trend toward more extreme weather events.

Then Hirsi Ali and Irshad Manji (“The Trouble with Islam Today”) had a debate. Hirsi said she was giving up on Islam as we know it, because it is too rooted in abstract ideas about virtue and the afterlife, when she wants a spiritual practice that works in the here and now, which she says that the west is good at. She made the interesting point that the “democratization” of Islam – any imam can issue a fatwa because there is no formal church hierarchy to negotiate before speaking, as there is with the Vatican – actually promotes extremism. That’s a particularly critical point when one considers the arguments about the democratization of debate brought about by the Internet. She also questioned the applicability of a proverbial text written in the 7th Century as authority. (See a review of a compendium on the Koran in the Books blog March 10, 2010).

Picture: At a W VA store near Seneca Rocks; note the embedded picture of Ayers Rock in Australia.
Posted by Bill Boushka at 5:32 PM