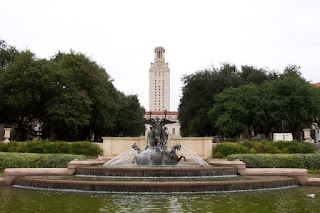 Don’t think that President Obama doesn’t tweet. The “live” directory at Whitehouse.gov (from a tinyurl) led to a speech at the University of Texas in Austin, carried on CSPAN.

So he says he wants the US to lead the world in college grads and make sure grads are “career-ready” which is not the same as employers’ idea of “job ready”.

“You should not have to have a Ph D to apply for financial aid”. If you’re married, you don’t have to worry about reporting how much your parents make. (Sounds like the old “Kennedy husband” concept.)

It was also carried on CNN but not MSNBC cable, but it was carried live on msnbc.com.

Note: "from cradle to career"  (not "crater to career").
When he was governor of Arkansas, Bill Clinton had been known as an “education governor.”