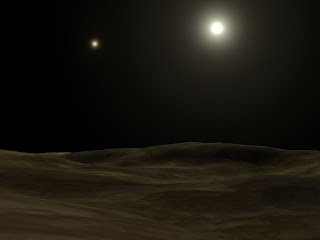 Modern physics, while viewing time as a dimension (and a component of space-time) recognizes an “arrow of time”. That probably means that, while nature might somehow allow someone to travel back in time, nature will not allow a contradiction; it will not allow a time traveler to change history. (The show illustrated this with the “grandfather problem.”) But some physicists believe that all possible courses of history comprise countably many different universes, and idea that in a moral sense seems to provide dangerous temptation. Natural laws regarding entropy may explain the “moral traps” or karma that people fall into, which seem supernatural to the victims.

The “arrow of time” relates to entropy and thermodynamics. Nature is always moving in the direction of greater disorder. If you break a plate, you can’t put it back together without putting more energy into the environment to increase entropy. Think of this idea with respect to climate change!

The show examined theoretical ideas for space travel, such as rising inside a space-time-warp, rather like surfing the in the ocean. The space-time-warp must already exist. Another idea is to generate or use existing worm holes.

The last part of the show examined the idea of trip to the nearest star, a triple system called Alpha Centauri. The medium sized B star has the best chance of having an earth-like planet, which might have a hard time having a stable orbit that isn’t too close to that star for life, however (because otherwise the other star would fling it out). The movie “Avatar” supposed that Pandora was a planet around Centauri B. It’s hard to see why we haven’t detected super-earth planets in the nearest system when we’ve detected them in systems 20-30 light years away (Gliese 581 d). At 99.9% of “c”, astronauts would experience 45 days in the 4.3 years it would take to reach “Pandora”.

Wikipedia attribution link for drawing of surface of a hypothetical planet in the Alpha Centauri system,