"Entourage" on CWTV and HBO: what happens to your script in Hollywood? 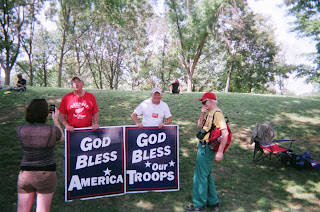 What would happen to one of my screenplays if it really got agented (by the “Third Party Rule”?) I guess the thirty-minute comedy series “Entourage” is supposed to tell me. It airs now on CWTV (and on HBO) and I think the episode Sunday night was “Lose Yourself”, created by Doug Ellin.

NewMexico actor Adrian Grenier plays Vincent Chase. IMDB says the actor is 34, but he looks 21 and pretty. He is cute. Yup, a few of the characters in my scripts are supposed to be cute. But Vince has an attitude, because he knows his retinue hangs around for the crumbs.

This particular episode dealt with reading scripts. The 3rd Party script in question was called “Matterhorn”. At least it wasn’t “Titanium” (mine), or “69 Minutes to Titan” (another of mine), or “The Crawling Eye” (a horror film from the 60s “Chiller” series). Vincent is too lazy to bother with reading the entire scripts and figuring them out. “I am an actor.” That all sounds improbable. In the Miramax “Project Greenlight”, all screenplay writing contestants had to review and rate a minimum number of scripts (my 2004 offering was “Baltimore Is Missing” – it really isn’t) and pass a quiz to prove the contestant had read the screenplay. It does take some concentration to follow one.

Jeremy Piven plays agent Ari Gold, and Vincent seems rather willing to dump him. I thought that getting and keeping agents in Hollywood was hard. Maybe not if you’re cute enough to be the start at a gay disco.

“Entourage” had stuck in my mind ever since seeing a poster for it at a Comcast office. Adrian was wearing a shirt with an unusual cut similar to one I had owned when living in New York, with buttons more narrowly spaced than usual. The shirt didn’t appear in this episode.

The Paley Center has a YouTube video on the agent’s character.

YouTube also apparently offers a paid subscription to the show.

Update: Sept. 27: Grenier appeared on ABC's "The View" today and discussed a show dealing with a 13 year old paparazzi.  He said that teen entrepreneurs don't fall under child labor laws, but also said he did not have kids himself.  Interesting.

Picture (unrelated): from Glenn Beck’s rally in DC in August.
Posted by Bill Boushka at 8:42 PM