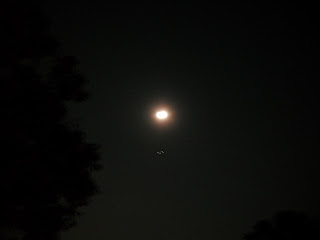 On Monday, September 20, Oprah Winfrey hosted her first show of her last season (the 25th), and made it about public education. Specifically, she invited Davis Guggenheim, director of the upcoming film “Waiting for Superman” from Paramount Vantage, and also talked to Bill Gates and “warrior woman” Michelle Rhee, Chancellor of the Washington DC Public Schools.

Rhee talked about the fight with unions, which want automatic tenure after two years. She offered more pay for better performance if teachers would give up tenure. She told a story of a teacher who was fired after many absences and sleeping in class, when the union wanted just a ten-day suspension.

Bill Gates also appeared, and talked about how effective charter schools were or sometimes were not. Gates said that the best students (in good schools) in the US do very well indeed (entering college with a year or two of credit), but the opportunity just doesn’t go deep enough.

A female student talked about the weakness of depending too much on test scores.

Education was called “the civil rights issue of our times.” Oprah called education "the Open Door to Freedom."

The “Aspire” program in California was discussed.

Oprah has an Angel Fund to send three students to college from every state.

It takes a good education to be able to come up with and write "The Event" in the disciplined style that television requires.  Think about it.

Mark Zuckerberg annoucned a $100 million philatrophic donation to the Newark NJ schools on Friday Sept 24 on Oprah. The video shows him at home in his rented Palo Alto CA house and people skateboarding at work. He says that the movie "The Social Network" if fiction. I'd recommend "Catfish" (my movies blog). YouTube video by MyComeUp.

Picture: A Harvest Moon, with Jupiter nearby. Without Jupiter, none of us would be here (good for Science class).
Posted by Bill Boushka at 8:05 PM