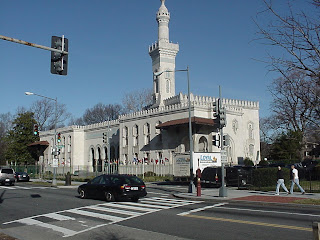 ABC 20/20 on October 1 did a report on mainstream Islam in the United States, with Diane Sawyer.

There was some discussion of theology, that both Islam and Judaism accept Jesus as a prophet but not as a “son of God”, and have a philosophy of justice that requires personal atonement before forgiveness (through Grace as in Christianity).

Some of the passages that supposedly justify more radical practices may come from the Bible rather than the Koran, and others are related more to tribal practices in various countries.

The new law in France banning the wearing of a burqa was discussed, as a conservative French legislator said that one’s face is part of one’s identity “necessary for liberty.”

The show also showed moderate female Muslims receiving threats. The show introduced Irshad Manji, author of The Trouble with Islam Today: A Muslim’s Call for Reform in Her Faith