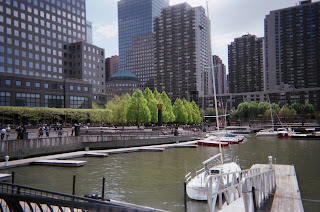 Tonight, WETA in Washington presented the 2002 film “Smothered: The Censorship Struggles of the Smothers Brothers Comedy Hour”, directed by Maureen Muldaur.
CBS took the comedy show off the air in 1969, out of nervousness of the comedy team’s satire of the power structure at the time, especially of the Vietnam war, as Richard Nixon took over.  The show was cancelled in April 1969.  However, CBS had started ordering delivery of the show early for possible censorship in the fall of 1968, even before the election of Nixon.  (That was just about the time that I arrived at Fort Eustis in my own Army service).   CBS, in the “Black Rock building” was quite fearful of the Nixon administration, according to the documentary.
The film took the position that performers who told the truth and argued for peace and democratic values faced “artistic suicide”.
The film mentioned the Smothers Brother’s satire of the system of deferments surrounding the Vietnam military draft at the time, where people’s fates were based on “head size.”
The documentary shows typewritten memos where CBS says that the Smothers Brothers will not confine themselves within the taste requirements of the network.  There was also an issue of airing the shows to affiliates as well as owned stations (I remember that concept from my employment at NBC in the 70s.)
There followed an attempt at litigation, claiming that the government had unconstitutionally pressured CBS, presenting a First Amendment issue.  But there was not a First Amendment issue for individual artists on the air; only the owners of networks and stations had constitutional free speech rights in pre-Internet days.  The show won an Emmy award for best writing despite the cancellation.  The show would return in modified form in 1975 and again 1980.
Many celebrities, such as Bill Maher, Joan Baez, Leigh French and Rob Reiner appear.
There are not a lot of detailed links, but here is on from Georgia television.
The Democratic Underground, involved in the Righthaven litigation, has a forum on it here.
Posted by Bill Boushka at 8:26 PM No comments: 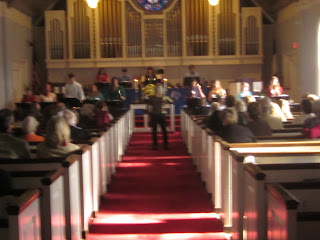 Sunday night CNN aired a documentary about “restavek children” (without natural families) in earthquake-torn Haiti, called ‘Common Dreams”,  by Stephen Taylor.
The film documented efforts to educate orphaned children and keep them out of slavery, which is a great danger for Haiti to slip in to.
The basic link is here.  Restavek Freedom has a major link here.
A secondary link for “common dreams” is here.
Taylor’s photography site is here.
The documentary showed living conditions for displaced children in Haiti, and showed children expected to manual labor, like carrying 5-gallon water jugs through narrow urban spaces.
Education is difficult. Mentoring involves sports and basketball and recreation as much as academics.  Practical skills like sewing were being taught.
This is a very difficult life, much more so than other poor destinations which American churches try to help.
At the end, the documentary says it could provide a “Cinderella story” for a few kids.  Celebrities would come for short times, but Taylor  (and a few others, like Dillon) were there for the long hall.
Posted by Bill Boushka at 6:06 PM No comments: 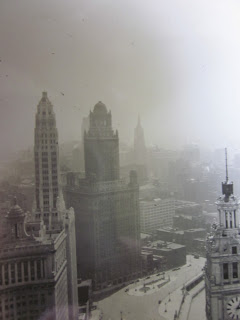 Recently CNN has shown a one hour documentary “Gerry-Rigged”. And, no, this is not Gus Van Sant telling the tragic story (“Gerry”) of hikers lost in the desert. It’s about gerrymandering, the practice of drawing congressional districts to protect partisan political interests. The film takes the position that it will show the average voter why his or her vote may not "count" or at least "matter".  Not much for a sense of personal empowerment.
The tendency in southern states is to cram African Americans into the same oddly-shaped districts so that Republicans can maintain more control of white areas.  Gerrymandering tends to encourage political segregation.
The program gave many examples, such as in North Carolina, and the city of Chicago, where the Democratic machine uses it in refined fashion.
On the other hand, gerrymandering sometimes keeps LGBT voters together, tending to protect them in local governments.
Portions of gerrymandered districts have to be topologically contiguous, but sometimes areas are joined with very narrow strips of land.
Jeffrey Toobin, CNN legal reporter, said that the Supreme Court has repeatedly said that it won’t intervene with purely political machinations of gerrymandering unless race is involved.   The “legal standards” that make gerrymandering acceptable constitutionally are convoluted and tricky, and there are a number of Supreme Court cases.  Here is a reference from Ohio with a legal discussion, link. A recent case is the “League of Latin Citizens v. Perry” (2006).

It's very believable that the deeply partisan nature of American politics, which gerrymandering bolsters, contributes to paralysis in Congress, as seen with this summer's unbelievable debt ceiling "debate".
Toward the end of the film, there was a report on non-partisan districting in Iowa, a very “white” state.
Drew Griffin and James Polk report.
Jeff Reichert’s film “Gerrymandering” is reviewed on the movies blog Oct. 30, 2010.
Posted by Bill Boushka at 7:18 PM No comments: 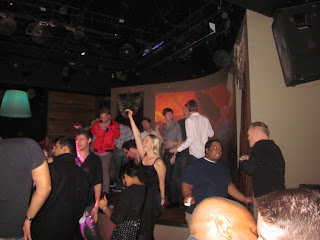 Ok, the Queen of Pop, Lady Gaga, treated us to "A Very Gaga Thanksgiving" Thursday night. I was HER special, and she directed it.  Here’s ABC’s basic link.
The sets with her white and orange dresses and hair tresses remind me more of Halloween that Thanksgiving. The look is certainly autumnal.  Her musical style is openly romantic, even opulent (sort of like a male Josh Groban), even if her music is a long way from the Brahms Fourth Symphony.  In fact, her show took us back to memories of movies of the 50s, although not many young men who disco dirty-dance to her music would recognize this.
Yes, we get to hear “Bad Romance”, “The Edge of Glory”, and “The Lady Is a Tramp” (a takeoff on a title of a famous 50s Disney animated movie – “The Lady and the Tramp”).
She also sung “White Christmas”, although she didn’t exactly evoke Irving Berlin or even Paramount’s VistaVision debut with that movie in the 50s.
There was also a little cooking segment – “the food” looked plenty photogenic.
Lady Gaga Monster has a youtube embed for “Bad Romance”.  Dance away.
Note, on May 16, I reviewed an HBO documentary about Lady Gaga.  I want to again acknowledge her support for anti-bullying campaigns and also for repealing “don’t ask don’t tell”.
Posted by Bill Boushka at 9:22 AM 1 comment: 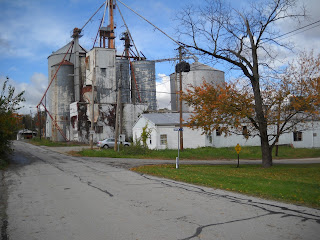 First, I’m not so much a fan of ABC’s “Dancing with the Stars” – my mother watched it a lot in 2010 in her last weeks.  (Nov. 23, 2011, today, would be her 98th birthday.) Everyone knows that Iraq war veteran J. R. Martinez and partner Karina Smirnoff won the Season 13 Mirror Ball.
I caught a rendition of Little Richard’s “Long Tall Sally” from the 1950s – was that the 2009 performance in Season 11 by Melissa Joan Hart and Mark Ballas?
During summers in Ohio in the 1950s, with visits to the farm house, a playmate friend (about my age, like 12 then) loved “Long Tall Sally” and thought that the “Oh Baby” was so cool! The song had just come out and played right before Cleveland Indians’ baseball games (and tramplings of the Washington Senators). 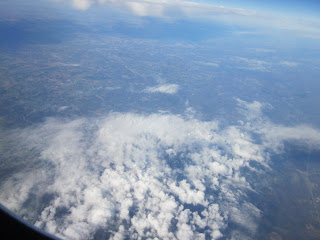 To change the subject, ABC Nightline Terry Moran and John Donovan presented Rick, the Baby Boomer and Grandpa, as the ultimate trend setter among Frequent Flyer Millionaires.  The news story showed how he and his wife (and sometimes progeny) flew around the world for $60 a piece on 120000 frequent flier miles.   Many of the perks include first class upgrades. One trick is to apply for a lot of credit cards (if you pay all your balances on time in full); each inquiry costs about 5 points on your FICO story.  His blog is called “Frugal Travel Guy”.  He explained “mileage runs” and “mattress runs”.  Here is his link . He also gives links to a lot of other blogs on travel. 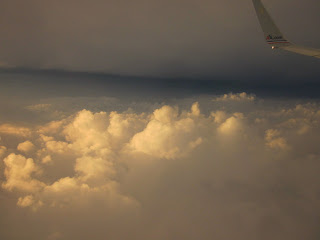 On a recent trip to Texas, I noticed than when I did all my rent car and hotel through the airline website (rather than Priceline), I seemed to get slightly lower prices and quite a collection of flyer miles awared (like 2 miles for every dollar spent on the hotel).

Posted by Bill Boushka at 8:10 AM No comments:

NBC "Rock Center" presents interviews, not quite a match for 360 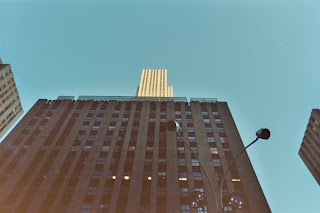 NBC now has a new show Mondays, “Rock Center”, with Brian Williams, presenting more interviews somewhat in CNN AC360 style, but often with different reporters, and one at a time, pretaped, rather than live on the show. 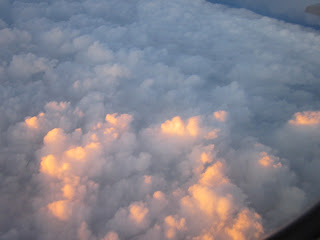 There were a couple more interviews tonight about Jerry Sandusky at Penn State, and one understudy said, “no, he was not a monster”.  There was also a long panel discussion about the effect of the scandal on Penn State, which depends on NCAA football for money.
Rahm Emanuel was interviewed, and he said he would never be interested in the presidency.
The most interesting interview was that with Betty White. The comedy I remember her for is “Life with Elizabeth”, back in the 50s.  It would always end with “Elizabeth, aren’t you ashamed?”  I would tease a girl in fifth grade who said she changed her name to Betsy because of the show.
Brian Williams complemented her for acting and looking her age.
Visit msnbc.com for breaking news, world news, and news about the economy
Posted by Bill Boushka at 8:45 PM No comments: 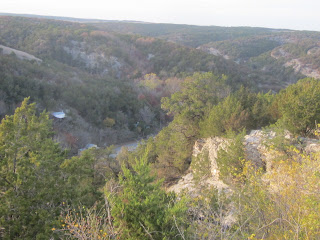 Recently,  CNN has been airing an important episode of its “Black in America” series, called “The New Promised Land: Silicon Valley”, showing a major tech expo (called "New Me Accelerator") for entrepreneurs to seek investor funding for start-ups.
Until now, only about 1% of the startups have been African-American owned.
One entrepreneur couple was going to issue a new type of focused social networking. Another was from Harlem and providing Internet services to lower income people.
There is a tremendous amount of work and the old ideas about hucksterism and salesmanship don’t really work with investors.
The best link on CNN for the show seems to be this.
Posted by Bill Boushka at 6:09 PM No comments: