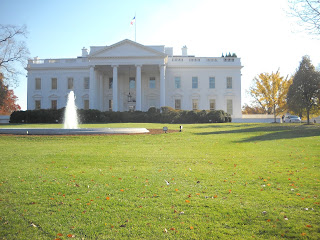 Sunday night, CNN aired the third episode of “Race for the White House”, with the 1988 Bush v. Dukasis race, with the most important link here.

I had moved back to DC from Texas, was in a much smaller apartment in Arlington, and remember the race on a relatively small TV.  I recall George H W. Bush’s “compassionate conservatism” and “thousand points of light”.  Dukasis seemed unfocused – as an episode where he rides in a tank shows (this was still five years before “don’t ask, don’t tell”).  The Willie Horton affair would peg Dukasis as soft on crime.  A question on the death penalty in a debate ambushed Dukasis, who gave a rather unemotional response.

Bush would have to throw off the stain of Reagan’s confessions about the Iran contra affair.

Strategist Lee Atwater, still in his 30s, was often shown.  What would follow in early 1990 is now shown, when Lee Atwater collapsed at a meeting and was found to have an aggressive brain tumor.

He would survive only one year, mostly in a wheel chair, convert to Catholicism, and write about his experience as humbling after the go-go 80s.

This was an era of a lot of hostile takeovers on Wall Street, and the Savings and Loan scandal in Texas.  The Internet was around the corner (it already existed but was quite restricted until 1992).