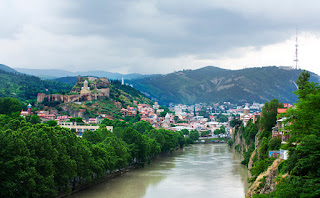 Anthony Bourdain made a visit to the former Soviet republic of Georgia, CNN link.

When he was stuck at an airport in France, he called a correspondent in Moscow to fly there and start the report.  For the other reporter, himself a bit grizzled, this was a real opportunity.

They visited casinos and resorts before going to Tbilisi, showing the palace of the billionaire who runs the town above the city.

Georgia is known to have some stored nuclear waste, including Strontium, some of which may still be around in the woods. 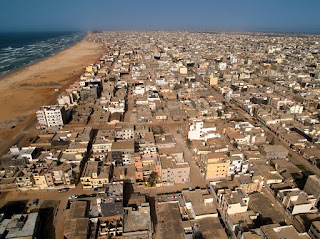 On May 29, Bourdain visited Senegal.  The most interesting part of the trip was the observations about the Sufi Muslims, who are much more moderate.  But Bourdain did not mention the antigay laws in Senegal.

Posted by Bill Boushka at 12:48 PM No comments:

"Genius" on PBS with Stephen Hawking: "Are We Alone?" 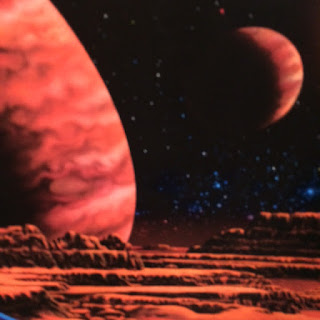 On May 18, PBS aired Episode 2, “Are We Alone?”
Hawking enlisted three volunteers to do experiments (rather things that could have been described in Jack Andraka’s book or on Taylor Wilson’s website) to show how the probability of alien life can be viewed.


The team repeated twisted an iron rod in a vice and melted ice with the heat.  That was to support the idea of tidal gravitational forces from Jupiter melting ice on Europa and creating enough heat for subsurface life, on a rocky body out of the “Goldilocks Zone”.

Then the group operated a probability box grid, where bubble spheres have a decreasing probability of reaching the next box, and when a rare ball comes out the end, it gets torched by a flame, symbolizing a civilization blowing itself up with nuclear war.  This as an exploration of the Fermi Paradox (SETI panel discussion video).   Apparently Hawking does not believe the "Rare Earth Hypothesis."
Nevertheless, Hawking thinks there could occur an advanced civilization every few hundred light years or so.  More could form in the next few millions of years.  Tabby’s Star could be a candidate (1450 light years away, with a possible Dyson’s Sphere).  Civilizations could learn to use self-replicating robots for exploring other solar systems.  Whether artificial intelligence can be created sounds like a critical question. 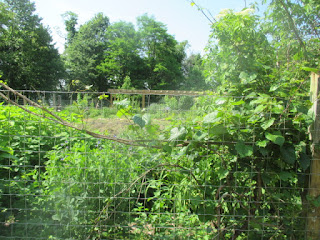 "Where Did the Universe Come From" explains and demonstrates how the Big Bang was an expansion of space itself, not just an expansion into space (explanation by Rose Pastore in Popular Science, "Where is the center of the Universe?"

The volunteers demonstrated distances in the Solar System in the desert with common objects, and used eclipses to do the calculations.
Posted by Bill Boushka at 9:44 AM No comments: 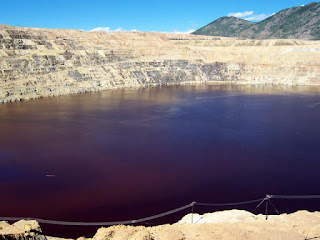 Anthony Bourdain’s visit  (for CNN's "Parts Unknown") to “Big Sky Country” in Montana focuses somewhat on the history of the Anaconda copper mine, 900 feet deep, near Butte, which I visited on vacation in May 1981.  It actually snowed while I was there.   Bourdain called Butte a union town in a red state/

The night before I had diverted to Helena to hear a pep-talk forum in a Days Inn, “Feeling Good About Yourself.”  No, you can’t be a motivational speaker and tell the truth.

Bourdain also made an extended visit to an underground mine.  I think I saw Flathead Lake near Kalispell in the broadcast.  He also visited Livingston, a Hollywood locale and author Norman Maclean ("A River Runs Through It", a 1992 film).

Posted by Bill Boushka at 8:54 PM No comments:

CNN covers the insider trading scandals in "The Eighties", prescient of 2008 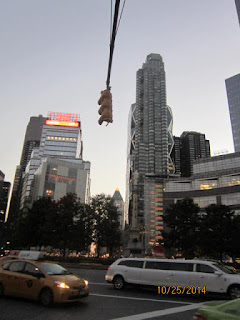 On Thursday, May 12, 2016, CNN aired the latest episode of “The Eighties”, this time, “The Roaring Eighties” about the stock market explosion and reckless Wall Street behavior during the Reagan era.

The episode hit very hard the problems of insider trading, the overbuilding of real estate which was said to be motivated by reckless regulation of federal deposit insurance, and a “cheating culture” on Wall Street, where you had to cheat to keep your job (2004 book “The Cheating Culture” by David Callahan. Book review March 28, 2006).  The real estate overbuilding, affecting many savings and loans (especially in Texas) would foreshadow the sub-prime crisis in 2007-2008.   But in some parts of the country many homeowners faced foreclosures and upsidedown mortgages. In the mid 1990s, I had to deal with an unqualified assumption on a Dallas condo I had sold.  An interesting book about insider trading is “Trading Secrets” by R Foster Winans (1989, St Martins), author of the “Heard on the Street” column in the Wall Street Journal before he got fired himself. (His being gay never mattered.)

People even said that the insider trading scandal showed a need for mandatory national service.

Disturbing, also, is the way bond salesmen duped ordinary "weak, meek and ignorant" people out of their money in conjunction with real estate deals,

The film also covers some of the scandals involving televangelists from the "religious Right", like Jim Baker and Tanny Faye,

The documentary also documented "Black Monday", in October 1987, when the Dow fell 22% (largely from programmed trading run amok), although it recovered quickly. I was in San Francisco at the time.

The episode specifically mentions Ivan Boesky.  I remember the term “arbitrageur”.  I also recall when Borg Warner, which had bought Chilton, where I worked, was chased by Irwin Jacobs.  Hostile takeovers became the norm in the late 80s.

When will CNN do the report on the AIDS epidemic?  Will it still be politically explosive?

Posted by Bill Boushka at 7:18 AM No comments:

"A Father's Story" on ABC 20-20 documents Ron's account of his son's control of Scientology, and of Ron's own "escape" 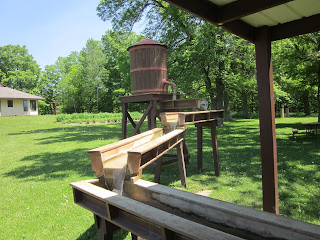 On April 29, ABC 20/20 aired “A Father’s Story”, an account by Ron Miscavige about his own exit from Scientology after his son Dave rose to be the head of it, link here.

The episode starts with an account of 80-year-old Ron’s being trailed by aggressive private investigators back at his own home in Wisconsin, after Ron had “escaped” from a Scientology compound in California.

The details are covered in a controversial book “Ruthless: Mt Son David Miscavige and Me”, pubbed by St. Martin’s Press.

Ron describes how his son seemed to be cured of asthma by Scientology, and then quickly rose to “power”, through Sea Org and then becoming a “commodore”.

He also describes the alleged difficulty of leaving Scientology, and the practice of the church of socially “disconnecting” people who leave, even from their own families and children.
Interesting is the “billion year contracts” predicated on the idea of repeated reincarnations (maybe on other worlds?) part of science fiction war.

The Lip TV also covered Ron’s book in the video above.

Curiously, there is a website named "Ron Miscavige Book" that appears to be put up by supporters of Scientology and calls the book "literary forgery",  a term we know from the novels and movies of Dan Brown.

Posted by Bill Boushka at 8:12 AM No comments:

"Rock the Park": the guys demonstrate their whitewater skills 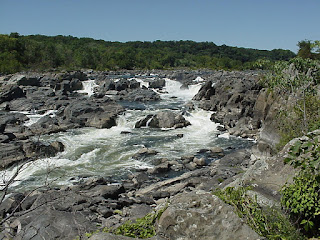 On Saturday, May 7, Colton and Jack did a grand tour of whitewater rafting sites and even ice climbing in their “Rock the Parks” series for Litton.

The rafted down the Snake River in Idaho with a handicapped man who was a master kayaker anyway, and then visited Flathead Lake, MT, Yellowstone, Denali (Alaska), Big Bend (St. Elena) and Lake Superior (for winter ice climbing) in one winter.

My own kayaking lesson didn’t go so well, in August 1997, at Great Falls, MD.

Posted by Bill Boushka at 7:39 AM No comments: 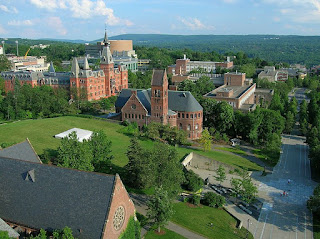 NBC Dateline’s “House of Secrets” on Friday night (April 29) raised the disturbing idea that an outstanding male college student and athletic and community pillar could have a dark side.  Or maybe the darkness has a justification. Charlie Tan was attending Cornell University in Ithaca, NY in the Finger Lakes.  He was on a secondary football team and liked by the coach, students and professors.

But one Thursday night in winter he left for home in Rochester.  His mother, the following Monday, called police indicating that her son had shot her husband to protect her from domestic abuse,

The jury would hang at Charlie’s trial (agonizing and crying, according to jurors), and the episode leaves the impression that the mother could have done it (source).  The facts are inconclusive. Apparently the case will not be retried, and there is some public sentiment that the husband “got what he deserved”, perhaps, meaning the public does not want to see another family member prosecuted again.  Opinions differ on the end result, such as this piece in another college paper about being “well off”.

However, Tan appears to have violated the school’s code of conduct and withdrew from Cornell, not returning (Gannett story)..

Wikipedia attribution link for Cornell campus, by “sach1tb”, under CCSA 2.0.  I visited the campus once, in October 1970.

Posted by Bill Boushka at 7:35 AM No comments: 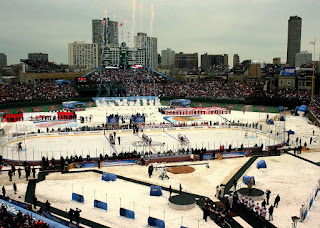 The most relevant part of the broadcast came when he talked to low-income residents on the South Side, and a woman said, when she was poor in Mississippi she was never hungry, because people grew things for themselves.  But in Chicago, she had become dependent on government welfare, and was worse off.  It sounded like perfect conservatism, or maybe perfect Cato stuff.

Bourdain also covered the enormous increase in street and gang violence in Chicago since the late 1970s, particularly on the South Side.  That migrated into a discussion of the White Sox – Cubs rivalry. The Cubs have been bad for centuries, until 2015.  This week, the Nationals will have to face Jake Arietta only once. I miss the old Comiskey Park with the 9-foot walls.  (Went there once, in 1982.)

Bourdain did cover the Polish food well, especially a tofu and pork dish.  I wonder if the tofu came from Twin Oaks, an intentional community in Central Virginia (Issues blog, April 7, 2012).

One musician said that capitalism is "cultural sociopathy" because capitalism is predicated on manipulating and bilking the customer for rentiers (share owners).

Another guest talked about Siskel-Ebert and said that Roger Ebert was a much better writer. He also said that in Chicago, loyalty matters more than money.