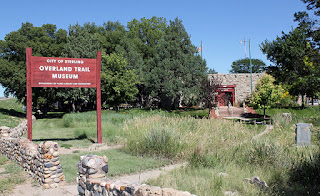 ABC 20-20’s “I’d Like to Confess to a Murder” (best summary link) last Friday reported the bizarre case of Christopher Waide, who finally called 911 and confessed when Tarot cards told him to do so.  (A trick once pulled "The Prophet" as my card back in the 1970s.)

Lee Porter had disappeared and missing for two years.  Her killer then claimed self-defense in a home tussle with a 98-pound woman.  After the confession, prosecutors took a plea deal for 2nd Degree murder to help find her.

The other bizarre element of the story was that Christopher Waide had been majoring in criminal justice in a Denver college and may have learned how to get away with murder from his professors.

Wikipedia attribution link for museum in Sterling CO, CCSA 3.0, by Jeffrey Beall.   I stopped for lunch at a family diner in Sterling on a Saturday in August 1994, read a local story on DADT, had my epiphany and decided to write my first book.  I then drove on to Scottsbluff.      Sterling is also a center of “cattle mutilation” lore in the 1970s (the 1982 film “Endangered Species”). 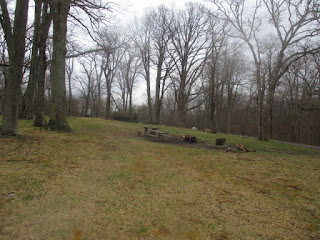 Posted by Bill Boushka at 8:24 AM No comments: 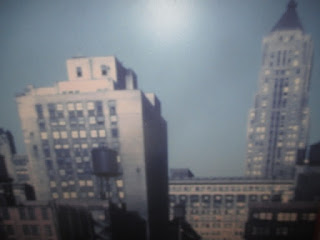 On Sunday Oct. 16, Lisa Lang, on her “This Is Life” series, presented “The Black and White of Heroin: The Poisoning of America”, link

The most harrowing part of the episode show a young white woman, living alone in a slum apartment in Chicago, and apparently kicked out by her parents, waiting with Lisa there for her fix to be delivered to the dealer.  She has but $50 to her name.  She had been an honor student in high school but had fallen off the cliff somehow.  She injects her own fix during the show.

Trump calms down a bit in third debate from Las Vegas 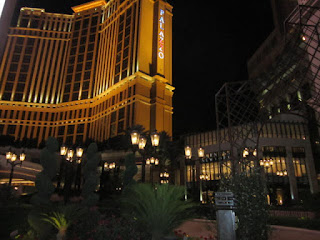 The Third Presidential Debate tonight, in Las Vegas, seemed a little calmer than the first two.

But the most important moment seemed to come when Trump said he would wait and see if he would accept the results of the election if he loses.  Of course, it the election were close and uncertain like 2000, maybe that could make sense.

The Washington Post quotes Trump as saying "I will keep you in suspense" and calls his statement "a horrifying repudiation of democracy" in an editorial Thursday.

Donald Trump called Hillary a "puppet", and accused her (and her charity) of accepting money from Saudi Arabia and from people who "throw gays off of buildings".

Trump also said that Obama and Hillary bear the blame for underestimating Assad in Syria.

Posted by Bill Boushka at 9:11 PM No comments: 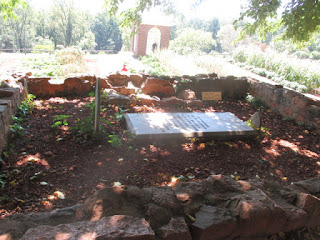 On Friday, Oct. 14, 2016, ABC 20-20 aired “What Happened to Jackie”, about the supposed rape case at the University of Virginia, leading to a libel lawsuit by Dean Nicole Eramo against Rolling Stone and reporter Sabrina Rubin Erdely, The viewing link is here. (Somehow I think. “What Happened to Baby Jane”?”

The broadcast made the point that campus rape is a huge problem, and Jackie’s apparently false report, which seems to have been a “catfishing” scheme motivated by being turned down by a particular boy for romance (Ryan?) seriously impairs the willingness of others to take campus rape seriously.

The broadcast did describe the fact checking process at Rolling Stone, and the efforts of Washington Post reporter T. Rees Shapiro to recheck the entire story, here.  A big issue seems to be how Erdely and Rolling Stone really perceived her personal credibility.  She came to a point herself where she had to tell the magazine that her source had not been credible after all and that the story would have to be removed and retracted.

The broadcast also spent a lot of time interviewing the main plaintiff, Nicole Eramo. She got a lot of hate mail from people who didn't seem to be interested in the truth, or realize that a major publication could get things wrong.

The actual trial begins soon (Monday).  Reason argues that since Eramo is a public figure, she herself has to pass a high bar to win a defamation suit,

Posted by Bill Boushka at 7:52 AM No comments: 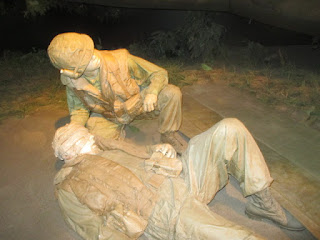 Last night’s Debate #2, moderated by Anderson Cooper, from Washington University in St. Louis MO, became sickening, almost nauseating, very quickly.  Trump took the bait. Anderson didn’t have to tear him to pieces, which is what I had expected.

Trump answered questions about his “Days of our Lives” hit on “Nicole” by saying he’s not as bad as Bill Clinton (the impeachment over Monica Lewinsky) or even Hillary, and then by comparing himself to ISIS, saying what he fantasized wasn’t as bad as what ISIS does.  (I think it's rather funny that Trump likes Nicole as a character.)

Then he threatened to appoint a special prosecutor to put Hillary Clinton behind bars.  That’s what dictators do to political rivals.

I’ll take a pass on Syria, as to whether Assad and Putin combined are worse than ISIS (Trump could actually be right about this).

At the end, each candidate was asked to say something good about the opponent. Hillary praised Trump’s kids, and Trump, well…

Ezra Klein of Vox says that Trump is running for dictator, not president.

Posted by Bill Boushka at 10:10 AM No comments: 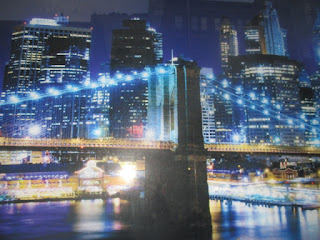 Lin Manuel-Miranda hosted Saturday Night Live last night (episode), but there was one specific comedy segment that caught my attention, “The Sub”.  A male substitute teacher gets himself kicked out of class while supposedly assigned to an AP English class.

The teacher tries to pimp the film “Straight Outta Compton” (Moves, 2015/8/20) and then claims his students are illiterate, before the real teacher shows up.

Posted by Bill Boushka at 11:22 AM No comments:

Donald Trump had been overheard and recorded talking about his sexual fantasies on the set of "Days of our Lives"; now the media blows it up on him 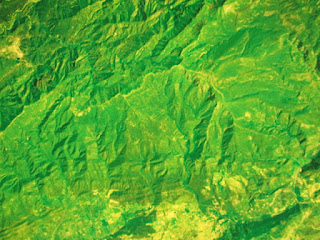 Donald Trump indeed made a cameo on “Days of our Lives” in 2005, interacting with Nicole, who in the past was considered one of the soap’s most divisive and polarizing female characters (except for Sami).


The clip where he made offensive remarks about his attraction to a particular actress when visiting the “Days” set appear to apply to actress Arianne Zucker, or maybe to Nicole as a character herself.
David A. Fahrenhold, Washington Post reporter, reported on Trump’s lewd conversation with Billy Bush when in a limo on the way to the set of “Days” in 2005, when he was 59, link here.

It’s striking to me that Donald Trump feels pride in the automaticity of his arousal around certain women.  That’s all rather Rosenfels-like.  I can turn this upside down and apply it to myself.

Did the media release this just to embarrass Trump at the worst possible moment?  Was this really intended to be a private fantasy, maybe something masturbatory that normally doesn’t become public at all?

It’s odd that the revelation comes after Days seems so on its way down.  Some months ago, the soap was on a high note with the gay marriage of Will and Sonny.  Then Will got married, and now people are getting killed off (since Hope killed Stefano) in a ganster-related quasi-terrorist siege of Salem. 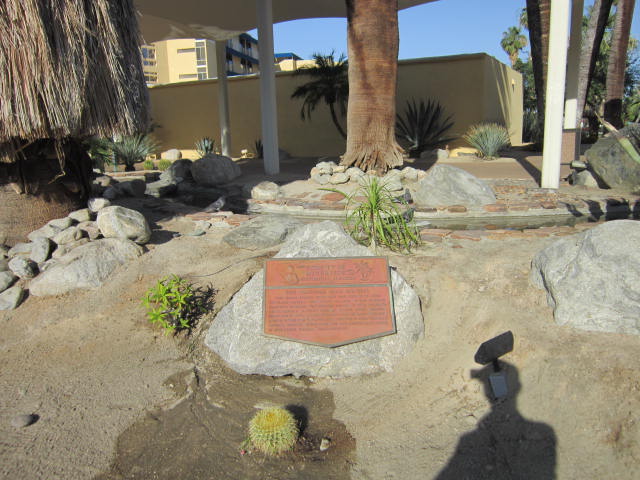 NBC reports that the network has suspended Billy Bush, for his apparent conduct in conjunction with Donald Trump's remarks on the Access Hollywood segment, story. However, Access Hollywood may have more lenient standards for conduct and release of material than would a news broadcast.
Posted by Bill Boushka at 7:32 PM No comments: 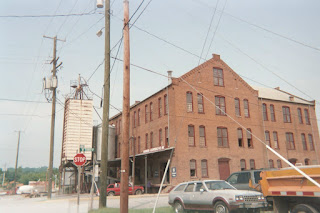 Pence seemed to control the flow, getting Kaine to interrupt him, reversing the course from Trump and Clinton on Sept. 26.  Kaine seemed to be pulling “catchphrases” out of his brain.

Pence did seem “presidential” (compared to Trump) and played down the religious and discriminatory charges of the past, essentially wanting to leave churches to conduct their worlds privately.

Pence tried to play down Trump’s vacuous praise of Vladimir Putin, as being misinterpreted, saying Putin gets away with things because he runs a country that still supports authoritarian government and leadership.

The debate was held at Longwood University in Farmville, VA, where the public schools closed for a time in 1964 rather than integrate.  The moderator made a strict warning that he would expel anyone for even brandishing a cell phone. 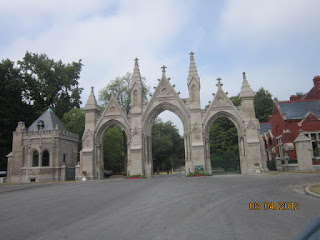 Vox, in a piece by Akhil Reed Amar, suggests that the GOP could make Pence and Trump trade places and give the GOP a credible presidential candidate, and its constitutional.

Posted by Bill Boushka at 6:04 PM No comments: 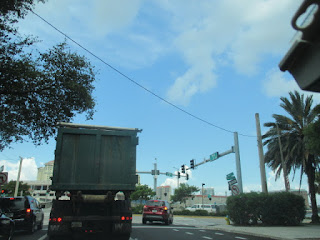 A recent ABC 20-20 broadcast “In-Laws and Outlaws”, concerning the murder in broad daylight of Florida State professor Dan Markel, has apparently led to the arrest of a female accomplice for the “hit men” already facing the death penalty.  The latest link, story by James Hill, is here and links back to the original show which can be watched online through cable subscription.

The murder seems to have been born from a complicated domestic situation, even though it terrified neighbors.  The hit men drove a rented vehicle to Tallahassee all the way from Miami (470 miles) and back immediately for the front driveway hit.

Posted by Bill Boushka at 11:51 AM No comments: