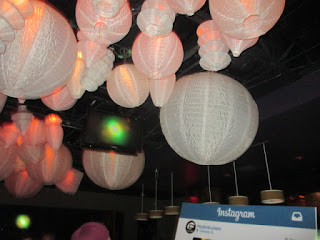 Anderson Cooper hosted the one hour documentary “The Pulse of Orlando” tonight.

The Orlando Sentinel has a story here and CNN has a major link here.

The broadcast focused on naming the victims and telling the stories of the survivors. One female said she was not proud of being a survivor.  Anderson became emotional during the readings and interviews.

There was some coverage of the outdoor area during the incident with the police cars.

Anderson also visited a large conservative church in Orlando, whose pastor said he had had little contact with the gay community before the attack.

I visited the Pulse on Saturday, July 11, 2015 and left shortly before 2 AM, after being at a downtown outdoor festival.  So this could have happened to me.

Posted by Bill Boushka at 8:36 PM No comments:

CNN: "The Russian Connection: Inside the Attack on Democracy" 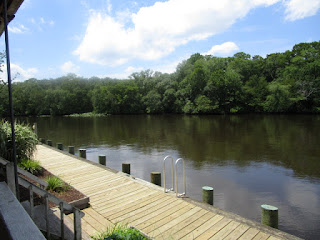 The documentary started with an enactment of the cyber attack on Estonia in 2007, which forced Estonia to cut off all outside web traffic for some time.

The eventual outcome was the leak of emails, and eventually also the leak of some of Hillary Clinton’s private email server content, which had started out as simply bad workplace judgement, something familiar to me from my own IT career.

The fake news attack favoring Trump was another beast.

Posted by Bill Boushka at 8:50 PM No comments:

ABC 20-20: "What Happened to Otto?": We don't know, as there is no proof he did anything; tensions with North Korea at all time high 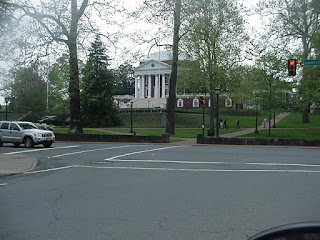 ABC 20-20 on Friday June 23 aired “What Happened to Otto”, a documentary with Bob Wodruff examining the life and death of Otto Warmbier, after he was imprisoned in North Korea in March 2016 and, according to the best evidence, experienced some sort of suffocation shortly after imprisonment and lapsed into a coma.  The best link seems to be this.

Warmbier had toured the world after reaching his junior year at the University of Virginia.  While in China, he learned about a group Pioneer Tours that does guided tours to North Korea.

To its credit, it must be said that the tours are structured and pass through various places quickly. Pyongyang is made to look modern and inviting and tourists are put into a particular high-rise on an island.  The company will no longer accept tourists from the U.S. because of the tense political situation.

The fifth floor is blocked off, and is where the DPRK maintains surveillance on guests.  News people had gotten photos of the secret floor (rather out of “Being John Malkovich”). The North Koreans had a grainy photo of a somewhat tall person who had snuck down to the floor non stairs and removed a poster. But it is not possible to prove that the person is Warmbier, and it is possible that Warmbier’s tearful confession as coerced, according to ABC's broadcast.

Nevertheless some people have written that Warmbier was arrogant in believing he could flout the values of another culture, however authoritarian, and however venial is act.  But we aren’t sure he did anything.

The Trump administration did put more pressure on North Korea to release Warmbier than had Obama’s.  Does the death of ab American (three more right now are in prison) increase the tension between the US and North Korea?  The US has to consider the grisly possibility of a conventional or possibly WMD attack on South Korea in retaliation.  (That might include an EMP strike.)  The US can put more pressure on China and companies in China that do business with North Korea.

Posted by Bill Boushka at 8:37 PM No comments: 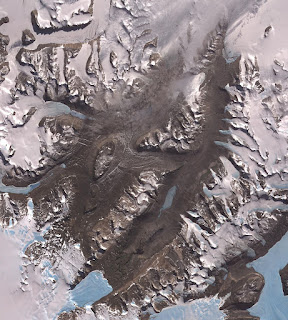 The camp is one of the cleanest, most litter-communities on Earth, even better than Singapore.

He also visited the dry valleys near McMurdo.

He then flew over the volcano Mount Erebus, and later visited a compound on the South Pole.

He visited a study of penguins.  But the biggest concern is the thickness of ice sheets given climate change.

The sociology of the scientists who live together for months at a time in a closed environment is interesting, quasi-military.

By NASA/GSFC/METI/ERSDAC/JAROS, and U.S./Japan ASTER Science Team - NASA Image of the Day, Public Domain, Link
Posted by Bill Boushka at 5:49 AM No comments:

ABC Nightline interviews Chelsea Manning after her release from Leavenworth, based on Obama's commutation

Juju Chang consistently referred to Manning as female, only later mentioning that she had grown up in Oklahoma as Bradley and entered the Army as male, and then demanding treatment for her transition to female while in military prison.

She says she thinks she did the right thing.  NSA officials say there were legitimate channels for her to play whistleblower.

Yet, her 40 minute leak to Wikileaks became the film “Collateral Murder”, which I posted myself in April 2010.  No one has complained about my linking to this film, which is still available on YouTube.

Chelsea insisted, “I’m just me” and that she took life one day at a time.  She also called herself “a subject matter expert”. 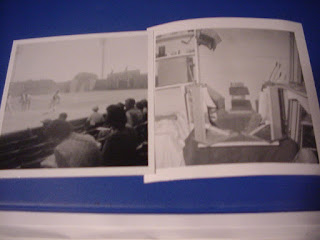 CNN broadcast AC360 tonight from Nationals Park where, in a 7-inning game, the Democrats, batting first as the visiting team with the Republicans in office everywhere, won 11-2.
Here’s a report on the game.   In the meantime, the Nationals were beating the Mets 8-3 at Citi Field in Queens, NYC.

CNN has some footage as well as a discussion between Paul Ryan and Nancy Pelosi here.

I don’t know if there were any homers or hard hit balls.  It would be interesting for Hollywood to have a game with actors.  Typically, fit younger men with the ability to act in demanding film would have the strength to hit “hanging” pitches over major league fences 330-400 feet or so. 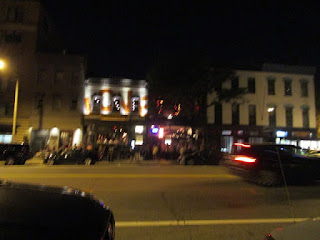 The Comey hearings go on right now on CNN and all major networks.

Last night, on CNN, Jeffrey Toobin and Alan Dershowitz had a disagreement as to whether Trump’s behavior with Comey amounts to criminal obstruction of justice.  Dershowitz says that Trump’s behavior was within his powers, but Congress can still try to impeach.  Toobin said this resembles Nixon.  There is confusion as to what is impeachable and what could lead to later criminal prosecution.

Comey was criticized by Trump's attorney for "leaking" official information to a third party, a Columbia University Professor, after Comey saw Trump's speculative tweet about having tapes.

Many Senators this morning expressed dismay that Russians had so brazenly interfered with our elections.

Posted by Bill Boushka at 9:39 AM No comments:

"Live With Megyn Kelly": interview with Putin, an opioid company whistleblower, a woman who stops elephant poachers in Africa 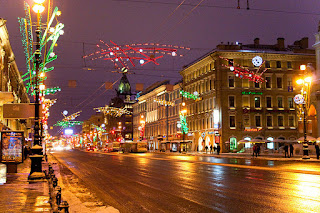 She interviewed Vladimir Putin, and the broadcast showed beautiful shots of St. Petersburg, Russia.  Putin denied interfering with the US, said he doesn’t care who is president, and says the US NSA interferes with other countries.

She then interviewed a whistleblower who uncovered “fraud” in the company that sells Fentanyl, an opioid that can be delivered under the tongue, but that is potentially fatal from accidental exposure, even to the skin.

She also interviewed a woman pursuing poaching of elephants in Kenya.  She showed a safari on a dirt road that became almost impassable, even to four-wheel drives, after an average thunderstorm. She also showed the sociable nature of the animals and the way they raise their young.  Elephants are the most intelligent animal that does not eat meat, and can recognize themselves as individuals in mirrors  Their intelligence is similar to that of carnivores (dogs, cats) or even superior, perhaps more like that of cetaceans.

Wikipedia attribution link for St. Petersburg at Christmas, by Alexander Savin frm Finland, under CCSA 2.0. My novel manuscript (“Angel’s Brother”) has an early sequence where a lead character visits St. Petersburg, then Lagoda, and “escapes” through Finland prompting an international incident.  Something like this could really happen.

Posted by Bill Boushka at 9:00 AM No comments: 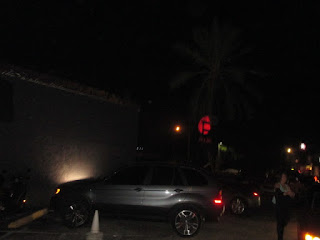 ABC Nightline Special: “Inside the Pulse Nightclub Terror”, link aired June 1 at 12:35 AM. It would be nice if it aired earlier.  Some of it had been previewed on ABC World News Tonight.

These are excerpt from “hours of body cam footage from Orlando nightclub shooting” on June 13, 2016, with Brian Ross.

Police could not help the victims at first until they knew where Mateen was. They could not

The broadcast replays Mateen’s invocation of the Islamic State and Abu Bakr Al-Baghdadi. .

The broadcast does chronicle the risky conclusion of the rescue ending with Mateen’s death.

The broadcast mentioned another nightclub shooting the night before in Orlando.

I had visited the Pulse myself on a trip to Orlando in July 2015.

Posted by Bill Boushka at 5:59 AM No comments: