Ken Burns and "The Vietnam War" 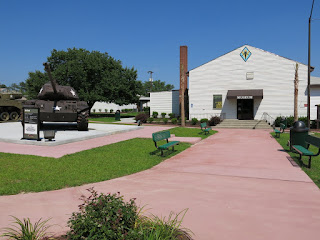 The film went way back before World War I with the history of Vietnam, interspersing with Vietnam war veterans recollecting the fire fights in the early years of the war (through 1966).  One lieutenant recounts seeing his platoon of enlisted men (draftees) go down in a rice paddy. Another recalls telling his mother that he was not special enough to be saved from casualty. Still another recalls risking his gams as he slow-walked looking for ordnance.  That was like the “individual tactical training” that opened week 3 of Basic  -- “Prepare to rush!  Rush!”. Ohm yes, it was taught by the Fort Jackson Committee Group.

The film gives a lot of history of Ho Chi Minh, who at one time was a Vietnamese nationalist as be then became a Leninist.  In the Truman years, when he almost died. US tacit support for him, from FDR, would dissolve under Truman and Eisenhower.

Gradually, during the Eisenhower years, the “domino theory” takes hold as the French eventually leave, with a corrupt but anti-communist government in the south (with a very complicated political history of its own).

Families were allowed 300 days to evacuate from the North as communism became more militant and developed guerilla tactics.  One woman tells her family’s story, which folds into the narrative supporting US defending the south, which grows during the Eisenhower years.   The new front that the US would call the Viet Cong would gradually emerge.  Two saboteurs would invade a US military compound in the south in 1959 and produce the first two deaths during a movie showing.

The second episode covered a coup in South Vietnam after martial law, as well as the politics that led Kennedy to become involved.  It briefly covered the Cuban Missile Crisis.

It also covered the idea that the Soviets, Chinese and Americans gradually adopted the idea that conventional war could take them away from nuclear war, even as it involved sacrifices of young men to the draft.

The draft is covered.  It resulted in an Army where minorities and the poor took more of the casualties. Colleges were required to "rank" and report the grades of students with deferments.

Johnson nixed the movement of troops into Laos and Cambodia out of fear of drawing in the Chinese and even the Soviets.

Later the torture of prisoner's of war as "criminals" in the North was covered, including one who had been there for eight years.

Dr. Benjamin Spock, who founded the "People's Party", wrote an article in Ramparts that got the attention of Martin Luther King. They founded "The National Coalition to End the War in Vietnam"

More recent episodes covered Nixon's treasonous behavior just before the 1968 election, and Johnson's inability to admit what he knew;  also the "Medium Cool" violence at the Chicago Democratic convention, when LBJ would have been renominated had the Secret Service let him come to Chicago.

Then the use of women in the war, especially the medical corps.  The episodes also covered the "rush" of battle, which leads decent men to do things they would never do in civilian life.  Then, the My_Lai massacre, and then Kent State, which could have been even worse.  The National Guardsmen were poorly trained and privileged enough to get out of the draft.

The series concluded Sept. 28 with the collapse of Vietnam in 1975 and the fall if Saigon, after Congress refused funding South Vietnam.  America broke many promises, and the North Vietnamese even stole classified material from the Marines before it could destroyed and built hit lists of civilians. After the harrowing evacuations, many South Vietnamese civilians were kept in "reeducation camps" for years.  That's how serious communists were about ideology at a personal level, with expropriation.
Posted by Bill Boushka at 7:43 PM