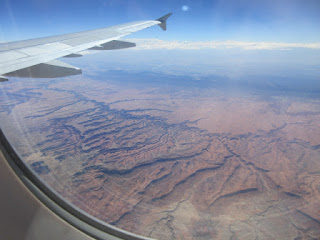 I watched a couple more episodes of “Modern Family”, for a reason.

On Wed. Nov. 28, the mockumentary sitcom aired “Kids These Days”, directed by James R. Bagdonas. In the opening scene, Dylan (Reid Ewing) has breakfast with Haley in a diner as she asks for his counsel.  The episode shifts quickly to the football field where Cam (Eric Stonestreet) admonishes the high school team to act more manly.

You can imagine where that goes.  The school administration’s social justice warriors advise Cam, of all people, that he criticized a protected class.  White cis gay men aren’t protected anymore, but gender fluid and trans is protected indeed.

The episode concludes when Dylan volunteers in a hospital doing visitations, it appears.

On Wednesday Dec. 12, the episode is called “Stuck in the Moment” (directed by Fred Savage).

Dylan drives a panel truck with Haley in one scene, and plays Santa, coming down the chimney (it helps that he is lean).

Reid Ewing has gone back to playing some episodes in “Modern”.   He recently turned 30 (in early November), but what is remarkable is that his two wonderful Twitter feeds disappeared.  There was wonderful stuff there about Danganronpa and manga, about his own graphic novel project, about dogs and sometimes cats, about dressing in costumes, about life in Salt Lake, about English and Russian literature (Chekhov plays), and various moral aphorisms.

He had a smaller account on Instagram, with some poolside pictures which disappeared but then there was new stuff, some of it about working.  Then that all disappeared.

The YouTube stuff is largely there (including the interesting graphic novel “The Winchester Half-Tragedy”) but the “It’s Free” series went private and disappeared (filmed in 2012, it is politically very relevant to some problems in Tech today).

I don’t see an agent on imdbpro, but maybe it takes time for them to appear when they are added.
So, I wonder, is the recent misbehavior of tech companies, banning people for no good reason, causing other “liberals” and “libertarians” to leave?  Other “liberal” friends of mine have stopped posting on Twitter, maybe out of protest.

This has implications for how people reach each other.  Maybe the “establishment” (of studios, agents, guilds, etc) in Hollywood and other fields doesn’t like to see “celebrities” so open to talking to the public in social media.   Lost cost amateur speakers with no comparable overhead have become competition  for attention, eroding people making a living, maybe.  Maybe Hollywood wants to push localism and personal right-sizing, and the idea of “social credit”.  That sounds a little Marxist, like China, or like the social justice warrior problem.
Is that what is going on?  Look at how Cam gets into trouble in the Nov. 28 episode again.

Instagram now shows an "Official Reid Ewing" site with one image (as of now).  It would be disturbing if media companies or agents restricted what their own actors or clients do with their own social media accounts "unreasonably". I can imagine some reasons. I've talked about this issue with respect to the conventional workplace on other blogs in the past, under Blogger or Wordpress labels "conflict of interest".