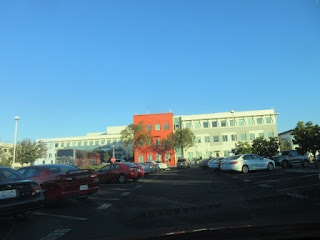 “Facebook at 15: It’s Complicated”, 90 minutes (including commercials), aired Sunday night February 10, 2019 as a CNN Special Report.  It was treated more as a news report than as a typical indie documentary film.
Laurie Segall for CNN Business has an article summarizing the broadcast. 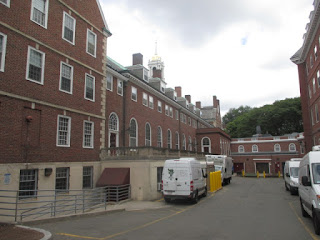 The first hour did show the humble beginnings of the site, in a dorm room on Feb. 4, 2004, where it was “The Face Book” (previously FaceMash) named after an almanac at Harvard. It had over 10000 users on various campuses and was open to the public in September 2006.  The original application would show two co-eds in comparison in a game that promoted “lookism”, very much disapproved of today.  Even then, there was the privacy issue (“they trusted me … dumb f---” email).

Zuckerberg and his friends worked out of house in Palo Alto in 2005, having to take financial risks to get their necessary vans and server hardware from eBay to go bigtime.  At 22, Zuckerberg fended off a purchase offer from Yahoo! in 2006.

In the early years, the mood was to "break things" -- and they wound up breaking the country.  Zuckerberg would become the digital emperor of the planet, conquering it by writing code while he was drunk in a dorm (when under 21), according to "The Social Network" (whose excerpts with Jesse Eisenberg are shown, see Movies, Oct 3, 2010). Rogue websites would claim Zuckerberg is an alien.
Almost immediately, over Christmas, there was the first major privacy scandal as Facebook allowed friends to see what a given member had purchased through the site through “news feed”.

Facebook did its IPO in early 2012.  It had already gotten “credit” for the Arab spring about the time that Obama ordered bin Laden’s assassination and when Gadaffi fell.

But the algorithm-driven business, showing consumers what they wanted to see, metastasized as whole nations states, most of all Russia, saw the opportunity to manipulate the more tribal and less tech savvy American voters with fake news.

And the opening up of Facebook’s PII on users to developers would eventually contribute to the Cambridge Analytica privacy scandal, and Zuckerberg’s testimony before Congress in April 2018.

The film shows the 8-10 pastel-colored buildings of the Facebook campus in Menlo Park on the San Francisco Bay (I visited it in September, 2018; Segall did the interview in October). The indoor office space is totally open air and colorful, and has signs like “empathy” on the walls.

Zuckerberg would have been a freshman at Harvard in 2002-2003 as the issue of military recruiters on campus, with the discrimination of “don’t ask don’t tell” would have gotten attention and perhaps his. He could very well have discovered the way I was leveraging the debate with the simple use of search engines in a Web 1.0 environment.

But Zuckerberg, possibly with the influence of the “Winklevii” (twins who later sued for breach of “contract”) became more interested in leveraging of personal contacts among people and connecting them rather than connecting ideas per se.  But it seems ironic that was doing both simultaneously that led to the end of DADT at the end of 2010. But by 2014 it would seem that this openness to all users and ideas and the cross-referencing of them would become corrupted by the need to drive them into echo chambers by advertisers, and soon by authoritarian governments. Toward the end, the documentary covers the Trump 2016 election, which Zuckerberg denies as thrown merely by fake news fed to Facebook.

Facebook, ironically, may have saved user-generated content, however, by super-monetization. Already, by around 2008, there were questions about online reputation and the idea that users should be required to have insurance.   Myspace, even with its volume, had not really quote caught on as revolutionary enough to change things (despite Dr. Phil’s warnings about “Internet mistakes)
By around 2011 Facebook was omnipresent enough that people started not wanting to be photographed in discos by strangers, and whole codes of public etiquette started to change.

NBC News has a Timeline of Facebook's privacy issues here.