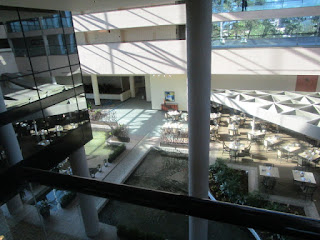 Schultz was critical of both the far left (“The Green New Deal”) and far right, who proposes things Americans don’t work.  He was critical of extreme proposals and slogans for “press releases”.

He considers the extreme proposals of the far left financially unworkable.


But if he ran as an independent he could very likely take votes away from a democratic candidate. He says he will not stay in the race if it would help Trump win.

He spoke up for returning to climate change accords, and for banning civilian ownership of military weapons (he referred to school shootings and wants more or less what David Hogg proposes – in fact, he is sort of an elder David Hogg).

He also talked about our system as fragile, as if he had read Taleb’s anti-fragile.  He also discussed the standdown at Strabucks for racial sensitivity training.

Vox's Ezra Klein thinks that Schultz proposed nothing; he just thinks it's fun to run for president and mess things up.  Alexandra Ocasio-Cortez asks why he doesn't work his way up (starting with city council) like ordinary people.