ABC 2020 "With Friends Like These" depicts bizarre murder and a filmmaker's sting on the Jersey shore, just after conviction on court 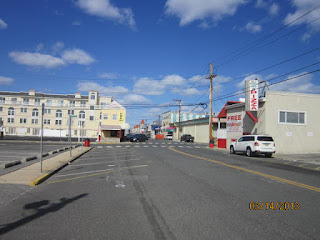 ABC 20-20 aired a documentary film “With Friends Like These” (2 hours) of one of the most recent trials ever to go right to television. Here is the best link so far.

2020 has recently gone to a two-hour Friday night format with crime stories similar to NBC Dateline.


The case concerned the murder of Sarah Stern on December 2, 2016 by a high school classmate for money and the disposal of her corpse from a bridge over a canal in Neptune City, NJ in Monmouth County.

ABC7Chicago has the details of the case here.

The guilty person is Liam McAtansney, 21, who faces life without parole.

The motive for the crime was robbery of a stash of cash inherited by Sarah.  This sounds a little bit like the film “Fargo”.

An amateur filmmaker, Anthony Curry, helped police set up the confession with a sting after Snapchat messages to Curry from Liam.

Liam had approached Anthony in November about the idea as a movie plot, sort of like the 1998 film “The Last Broadcast” (1998), filmed in south Jersey, which I actually saw then at the University of Minnesota.