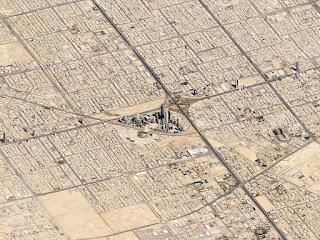 Fareed Zakaria and, to some extent, Thomas Friedman hosted the one hour documentary “Kingdom of Secrets” about Saudi Arabia Sunday night at 8 PM EST.

The 33 year old crown prince MBS has introduced modernity, allowing women to drive and allowing music to be introduced, but is ruthless in eliminating rivals for power, finally culminating in the murder of journalist Jamal Khashoggi.

Zakaria noticed the extremely possessive attitude that men had toward women traditionally in Saudi culture.  Women were regarded as "children" and there were manuals on how to "discipline" them. That finally is changing.  This observation also fits into polygamy.

The documentary traces the history of Wahhabism back to the 18th century, and how oil revenue helped drove its ascendancy in the kingdom, past a major challenge in 1979. It also gives a biography of Osama bin Ladin, who rose to fame as a disciplined fanatic after the 1980 Afghanistan war.

Despite the cult-like religion, the appearance of the modern buildings in the desert is striking.