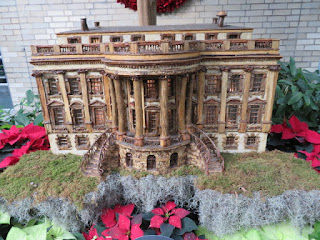 The opening of the first episode shows a crowd outside the White House gate on Thursday, August 8, 1974, the day that Richard Nixon will give his resignation speech at 9 PM.  Then it shows Nixon adjusting for the camera.  The 37th President appears the 37th time from the East Room.  Almost no one would have voted to acquit him from impeachment.

Then the biography goes back to 1952 when the Vice President, at 40, gives his Checkers speech about his dog and daughter, to answer charges of illegal payments for personal expenses from his campaign.

That’s interesting indirectly, since illegitimate campaign finance support is still a big topic today, especially from 2016 on.  It is even affecting Internet freedom of ordinary users.

The episode also shows some of the Nixon-Kennedy debate in 1960, when the possibility of color television made all the difference in the world.

"Those that hate you don't win unless you hate them."  Nixon didn't live up to his own words?