"The Ekpyrotic Universe" from Answers with Joe: Sorry, you don't get shifted to an alternate universe if you f___ up

The “Ekpyrotic Universe” in “Answers with Joe” from Joe Scott (20 min).

Here Scott looks at the relative “flatness” of the universe and lack of magnetic poles, and presents a theory that does not lead to a multiverse (Wikipedia).

The universe expands and then contracts, but each cycle results in a “larger” universe.

Posted by Bill Boushka at 8:40 AM No comments:

Biden outduels Trump in simultaneous air time for town halls, in time on the air (but I don't know what Nielsen will report) 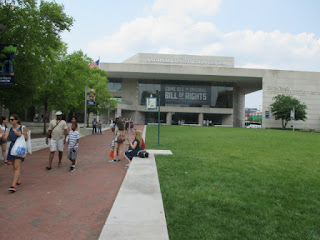 At the outset, Biden fielded a question on how he would handle the coronavirus second wave and as to whether he believed in strict lockdowns.  Biden has previously hinted he would listen to the scientists. But the tone of his comments suggested more localized approach, with the usual approach on masks and social distancing and strict regulation of indoor activity. I didn’t get the impression that be believed in a Victoria or New Zealand style lockdown.  Biden did say he would jawbone all the governors into a mask policy.

Later in the debate he gave a very reassuring answer on protecting transgender people and noted that his son Beau had hired a transgender assistant attorney general.

He told one voter that voters need to take their responsibility seriously when voting for senators, who have such influence on who winds up on the Supreme Court. But Biden seems to believe that the Constitution (A2 S2) says that filling a vacancy during an ongoing election is improper.

Trump had merely a one hour session in Miami, which surprised some people on Twitter (like Laurie Garrett).  Trump claimed there is nothing he could have done “sooner” that would have prevented coronavirus deaths. 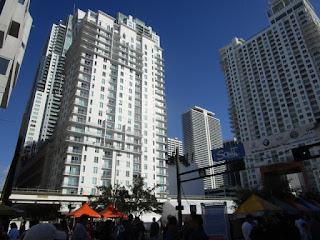 Trump also claims he can't stay home, like ordinary people (yes, the movie) because he is president.

Posted by Bill Boushka at 7:19 PM No comments:

Why the 3/5 Compromise was anti-racist (PragerU) 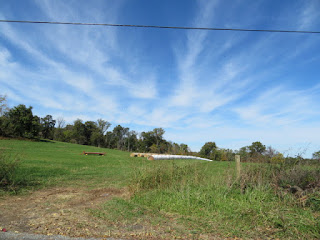 Carol Swain of Prager U explains the “3/5 compromise” in a 2018 video, noting that northern states agreed to it in order to have a Union at all. It is spelled out in Article 1 Section 2 of the Constitution.

Without it, there would have been two countries (and they would have gone to war).

But the compromise really was anti-slavery, anti-racist.

Posted by Bill Boushka at 6:02 PM No comments: 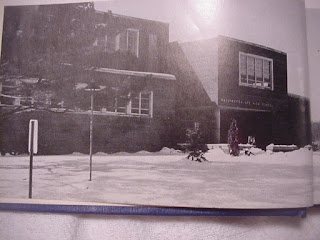 She had given birth between the election and inauguration, and was very tired on Inauguration day (a cold day after blizzard that I remember) and was given an amphetamine back at the White House.

But the most interesting part of the episode concerned how she experienced the assassination and aftermath (video).

The picture above shows my high school (Washington-Lee then in 1961) on Inauguration Day 1961.

On Oct 18 CNN aired a special about Nancy Reagan.  "Little Ronnie" depicted their relationship as uncannily intimate. The documentary focused somewhat on her poise after the assassination attempt on March 30, 1981.  It didn't play up her "Just say no to drugs" as much as it might have.

Posted by Bill Boushka at 2:30 PM No comments: 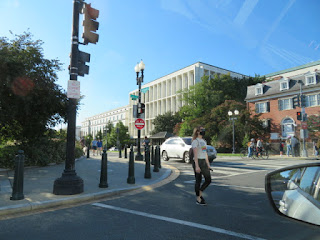 For the record, let’s make a note of the first day (“Indigenous Peoples Day”, still a federal holiday) of hearings for the confirmation of Amy Coney Barrett  (ABC News).

It’s a surreal spectacle, with the masks, journalists sitting in the bullpen on the floor, socially distanced, as if the country has undergone major contamination.

And, yes, Mike Lee took off his mask.

Barrett says it is not the purpose of the courts to solve all the policy problems of the American people, but to let the political branches (including the states) do that.

But there is the idea of precedent, of Full Faith and Credit, and of the Incorporation Doctrine (from the 14th Amendment).

There was a time today (before the lunch break) when Fox continued covering it but CNN did not, and CNN instead started whining.

News2Share has some video of the protests outside the Senate Office building, for example.

Update: Oct 13  I'll give the ABC link for the testimony today.

Lindsey Graham asked her about settled law and stare decisis.  She did say that the "severability" problem in the Affordable Care Act could need more review if a case comes up. She said she does not discriminate against people on sexual orientation or gender identity. She hinted that she thought it was unlikely that a credible challenge to gay marriage rulings would come up. She said that the Court can only hear cases presented to it in disputes, and there are 8000 submitted a year, and about 80 are heard.

"How the World Sees America", by Fareed Zakaria, CNN GPS 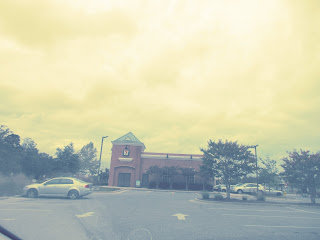 In the 1990s America did seem to be on top, particularly with the Internet and the first dot com boom.

Essentially, it all changed with 9-11. Although the world stood behind America then.  But it went astray in early 2003 with Bush’s deceptive invasion of Iraq based on a faulty theory.

But the inequality that drove radicalization and foreign influence led to a surprising populism on the right with the election of Donald Trump.  It’s all familiar history by now.  Baby Trump became the embarrassment.

Posted by Bill Boushka at 7:55 PM No comments: 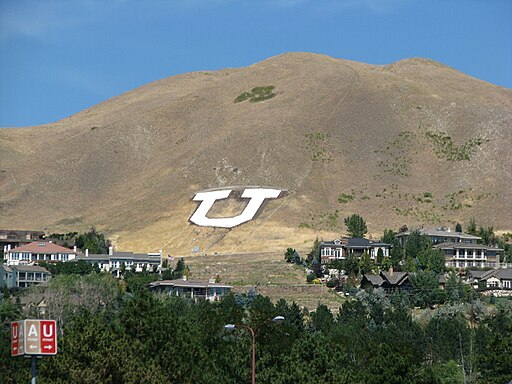 CNN produced analysis before the debates showing that, according to polls, Joe Biden already has 270 electoral votes and can even afford to lose a couple of close swing states.

The Vice-Presidential debate at the University of Utah was a lot quieter than the fiasco last week.

The first question was about the response to coronavirus. Pence seemed blind to reality in bragging about Trump’s response (stopping flights from China) when we all know what is in Bob Woodward’s book.

Harris avoided making any bombastic statements about the need for lockdowns or to eliminate the virus. She emphasized solidarity with the victims.  She also avoided jumping on the White House becoming a virus hot spot recently.

On health care, Pence insisted Trump would protect those with pre-existing conditions despite a court case trying to overthrow Obamacare.

I barely noticed the plexiglass.

Posted by Bill Boushka at 8:23 PM No comments: