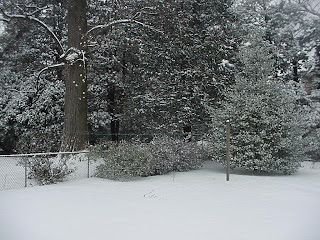 We've seen the hero idea repeatedly with Smallville, Jake 2.0, Kyle XY, and most of all, The 4400. This time there seems to be some kind of global plot or mechanism to introduce "special" people with genetic mutations able to give future humans extraordinary abilities. We have the male nurse (Milo Ventimiglia) who dreams that man can fly, and maybe he can; the drug-addicted artist (Santiago Cabrera) who paints "evil" images of future catastrophes that always happen. A genetics professor from India Mohinder Seresh (Sendil Maramurthy) starts to investigate and even he could be extraordinary. But it seems that the government has plans for these people, just as in The 4400.

As the series moves into 2007, there is plenty of future manipulation and time reversal, and "man can fly" stuff that emulates the "Fantastic Four" more than Superman. There is also the idea of a vaccine to dull the abilities so that the "hero" cannot harm others (as if he could be possessed with some kind of psychopathic compulsion). That reminds me of "promycin" (the green liquid that looks like green krrptonite) on USA-Paramount's "The 4400" and sounds like a takeoff on the idea that the government sometimes is suspicious of gifted people or different people and wants to neutralize them. That was my experience at NIH back in 1962.

The series also plays on the theme of predicting and preventing (by rewriting the future) a viral pandemic.

Further, it presents the idea of art predicting life, as Isaac Mendez (Santiago Cabrera) predicts the future in his paintings, first noticed by hospice nurse Peter Petrelli (Milo Ventimigilia). In the recent (Nov 2007) film "Southland Tales" and amateur screenplay predict life. Teenage character West (Nicholas D'Agosto) can fly in a manner similar to what Clark Kent eventually does as Superman.
Posted by Bill Boushka at 8:05 PM