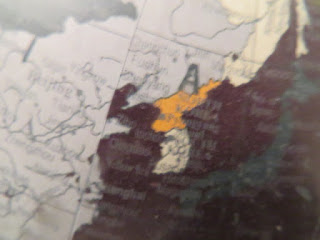 I had earlier reported on Diane Sawyer's Good Morning America report on this on this blog on Oct 19.

Tonight ABC Primetime Live had a full hour "North Korea: Inside the Shadows" where Diane Sawyer made a twelve day visit to Pyongang and the surronding, purifying "countryside."

The show characterized the trip as a voyage to a different universe, or perhaps a reconciled Dominion, if you use Clive Barker's terminology from his 1991 novel "Imajica." The people tend to behave like social insects in a group-mind hive (again, the 1996 Bill Pullman sci-fi film "Independence Day"), putting on shows at public stadiums with cards acting in unison a hundred thousand at a time. They seem like a cult that workships Kim Jong-il. The children are very disciplined, and expect very little in the way of freedom as we know it. The people are four inches shorter in the north than in the south because of poor diet. They use human beings as stoplights, and have little traffic, and the apartment buildings in the city are rather like movie props of shells with little functionality inside. Indeed, this is a collectivist utopia.

The show does bring up our moral thinking, about what happens when you try to have a perfect utopia where no one can take advantage of anyone else. Left wing pundits, you got your wish.

I noticed a rainbow symbol on a storefront in Pyongang. I don't think it means what it means here. I wonder if Kim Jong-il even knows it.
Posted by Bill Boushka at 8:17 PM