ABC 20-20 on Debtors and Debt Collectors; Nightline on Collections and Blog Slappers 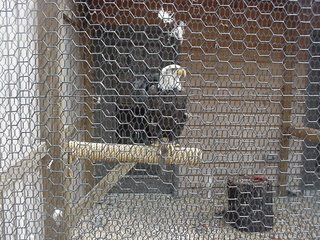 On Friday January 19, 2006 ABC 20/20 had an hour report "Flat Broke: Begging and Borrowing in America." It started out covering how typical couples get into trouble (even with timeshares) but pretty soon it was on the topic of debt collectors. It presented a significant minority of the debt collection industry as engaging in abusive tactics, in one case suggesting that a debtor commit suicide. Among the abusive tactics of "Mr. Mean" is calling neighbors or employers, or threatening to, or saying that the debtor can be prosecuted criminally (as with debtor's prison in mid millennial England, up to the 19th Century with Charles Dickens novels). Teen performer Dustin Diamond was shown as having gone into "cyberbegging" (selling T-shirts) and then porn in order to pay debts as an adult. The ABC News story is here, by Martin Bashir, Elizabeth Joseph, and Ethan Nelson.

That same evening ABC Nightline presented an even more dire collection practice, "scavenger lawsuits" often files against debtors (here, in Broward County, FL), in one case against many debtors because of a bankcard error. These collection companies have actually bought the debt from other more conventional collection agencies. About 90% of people served with these suits fail to show and the collection companies win default judgments automatically, for debts that were not owed in the first place, but now the judgments are on public records databases and on collection reports. (You would have to be properly served, however.) One consumer fought for 2-1/2 years and won, but at tremendous personal expense. Isn't this an argument for tort reform and for "loser pays"?

In 2000, I found a $680 debt on my Trans-Union and Equifax (not Experian) reports for Chase, owned by a National Credit Systems in New York. I was hustled into paying it. I was told that notices had been sent to an address in NYC where I had not lived since 1979. The original debt had been a Chemical Bank card taken out perhaps in 1979. (It is true that Chase had bought out Chemical.) Maybe it slipped through the cracks when I moved, but why didn't it show up in 1984 when I bought a condo? I am not sure that the debt was valid, but I was threatened over the phone at work with a suit. I paid. I still wonder.

In 2003 I worked for RMA, a debt collection company. The company followed the FDCPA (Fair Debt Collection Practices Act) to the letter. Once I was scolded by my boss on monitoring for speaking to the mother of a disabled man without validating that she was a legal guardian (that is a third party FDCPA violation). In a few states (Massachusetts) you can't even talk to a legal spouse.

The Nightline segment also covered "Blog splapping," the practice of camcorder taping people being rude in public (like changing a baby's diapers at a restaurant table) and posting the videos on the Internet. I do wonder about the legality of some of it. Two sites are advicegoddess and rudepeople.
Posted by Bill Boushka at 9:01 PM

Bill, Great blog post. I saw the piece on 20/20 as well as on Good Morning America. Thanks for posting this, I don't think many people see both sides of this story. I just read another blog post where someone was advising people how to get out of paying debts that are past their statute of limitations.
THis is true that you can try to "get out" of a debt that is very old, but remember when you do that, everyone else ends up paying your debt. Including your family and friends. When something has to be written off to bad debt because you don't pay because it is "to old" even though you received the product or service, prices go up and we all pay the price. Thank you.
Michelle Dunn
www.michelledunn.com