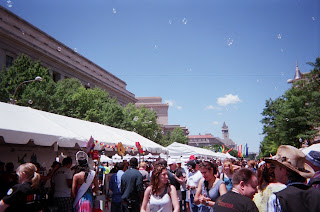 Tonight, on ABC Primetime Live “Family Secrets,” a Cleveland area family became a same-sex couple and not by choice. Ted Prince did go to Thailand to become Chloe Prince, but only after a very interesting history. A few years before, Ted was stung in the chest by a bee while riding a motorcycle (and he did a macho job, working as a telephone lineman), and the resulting blood tests showed that he had Klinefelter’s Syndrome, with the XXY chromosome. After treatment for the sting, estrogens started getting expressed, his breasts grew, and his identity as a female developed.

The couple has two boys, who say “he had a girl inside her”. The couple (Rene is the other) is still in love, but not sexually. The show did not mention whether they remain legally married in Ohio, but most states would still probably recognize the marriage if it had started as a biological man and woman.

Naria Halliwall has the full story here. It has the title “Family Navigates Unchartered World of Gender Transition: 'She Had a Girl Inside Her ... So She Went on a Surgery to Get It Out,' Son Explains

Here is a plastic surgery reference on Klinefelter’s

Here is the NIH reference written by Robert Boch.

Earlier in the evening, PBS Nature presented the cuttlefish, a mollusk with bizarre courtship behaviors: the “drag queen” male, who is less aggressive physically but more agile changing skin colors is more likely to be accepted by the female, and the female is more likely to choose “his” sperm. In nature, gender diversified behavior may actually improve the “quality” of reproduced genes.
Posted by Bill Boushka at 8:33 PM