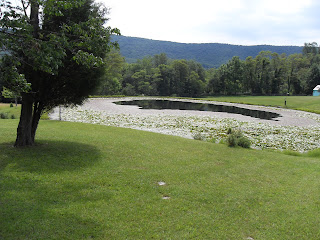 On Thursday, July 9, on PBS, Charlie Rose presented “An Appreciation of Robert McNamara,” in recognition of the former defense secretary’s recent passing at age 93. The link for the interview is here.

McNamara, at one time an intellectual wunderkind, was the “architect” of Lyndon Johnson’s Vietnam policy, which resulted in, among other things, my own drafting into the Army in 1968, although I already had an M.A. in Mathematics and would be quite sheltered away, tucked away like a castled king on “h1”, perhaps.

McNamara had “explained” himself with his 1995 book “In Retrospect: The Tragedy and Lessons of Vietnam” (1995, Times Books ISBN 0812925238). Then in 2003 Errol Morris made the documentary “The Fog of War: Eleven Lessons from the Life of Robert S. McNamara”, which gained a widespread audience through distribution from Sony Pictures Classics.

Most of us older folks remember the sudden escalation of the war in Vietnam by LBJ in 1965, and McNamara explains in several interview clips with Rose (at different times in the 1990s) that he soon realized he and the whole country were between a rock and a hard place. By 1968, he figured we had one chance in three of “winning” the war. But he still feared the Domino Theory (now a favorite identification item on history tests in high school, I suspect). In his interviews, McNamara rehearses how close we came to nuclear war not only in the 1962 Cuban Missile Crisis (when he says we found out that Khruschev had blinked only from conventional media reports) but also in September 1961 over Berlin, when I was starting at William and Mary. That is interesting to me, but I was aware of the moderately “close call” at the end of October 1961. In the late 1960s, McNamara (as did Dean Rusk) reared that the loss of Vietnam would eventually undermine the stability of the entire West and could lead to the fall of western Europe to Communism. Only later did McNamara come to understand Vietnam as a civil war and a matter of nationalism, and that southeast Asian communism was not the same as Soviet communism.

Of course, one can also relate this to the Chinese Communist “Cultural Revolution” under chairman Mao in the 1960s, as then part of an ideological struggle for world domination, and a desire to force a certain world view on everyone.

The show also presented interviews with Errol Morris, who asks the question of whether evil exists outside of “evil people” – whether good people can do evil. He questioned whether we all are a “host of Iago’s” capable of evil under sufficiently utilitarian and survival concerns.
Posted by Bill Boushka at 1:17 PM