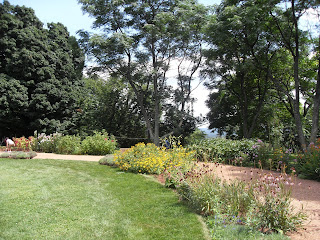 
Mortimer Zuckerman (US News) said that a credit card default crisis in the trillions is coming. He predicted doom and gloom in underemployment.

Nouriel Roubini predicted a weak recovery and unemployment peak of 11% in 2010 and perhaps a double dip. Roubini admitted that China is recovering better than some other emerging markets because it was less leveraged, but its export-led growth could become an Achilles heel. The Chinese won’t be able to get Chinese to spend more.

Niall Ferguson predicted that the budgetary and fiscal crisis was the biggest long term threat to the US, which we don’t have the political will to fix. He talked about the loss of wealth while the debt remains, which foreign investors (China) could call in. Ferguson said that the crisis could waste this administration and make Obama a one-term president.
All three agreed that the US dollar was in trouble and that the Chinese feared that we would pass the buck to them in terms of a weak dollar. The same could be said for oil prices and OPEC (Friday’s column).

He also interviewed Christine Lagarde from France about financial regulation and capitalism.
Posted by Bill Boushka at 8:21 PM