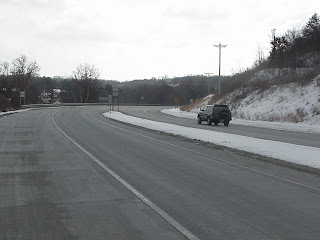 Wednesday July 1, PBS American Masters did a portrait of Minnesota radio host Garrison Keillor, well known for his public radio show “A Prairie Home Companion” with its ruminations about Lake Wobegon (a fictional town resembling Garrison’s boyhood hometown). The name of the 90 minute film is “Garrison Keillor: The Man on the Radio in the Red Shoes”, link here.

The basic web reference is here.

I used to hear the show on Saturday afternoons, particularly at the home of one particular friend in the St. Paul suburbs. The show delivers a lot of quaint homilies on Midwestern rural life, particular the small town social connections, a close connection to nature, and the changes of seasons. Minnesota is not as cold as people think, and the summers can be very hot. I lived there 1997-2003.

Keillor says that “the only thing I can do as write.” He also says that writing is a process of discovery, and requires going out and meeting real people. He says he doesn’t work as hard as his mother worked, raising six kids. He said that in search of “a brilliant career” he found a lot of “B.S.” – in compared to carpentry, there was a lot of nonsense. One could use writing to escape from “real work”.

He also says "You don't want to do your story in Lake Wobegon because then you are telling your story to people who are in the stories themselves." People don't like to be the subjects of literary stories behind their backs??

There are shots of the Minnesota State Fair in St. Paul, which I went to every year and worked in the Libertarian Party booth. The grounds are across the railroad bridge from Hamline University, where I gave my 1998 speech on my book (broadcast on cable later on a show called “Liberty”). I recognized everything, including the stadium, where people sing the “Star Spangled Banner” in the key of G. Keillor says that Minnesota is one of those places where if you ask people to sing together they will. He says that some kind of commons is necessary, to get some balance from the view of the news and our world that we get from radio talk show hosts when we’re alone in a car, or from “reading somebody’s blog” (like mine).

Keillor also says that he barely missed getting a writing job in New York at the start of his career, which could have been very different. He says "a person doesn't just live in his own time. We also live in our past, and we get in touch with our past by listening to old songs and singing them."

Picture: South of Minneapolis, Feb. 2002, as I drive back from a lecture I gave to a Unitarian group in Rosemount.
Posted by Bill Boushka at 12:51 PM