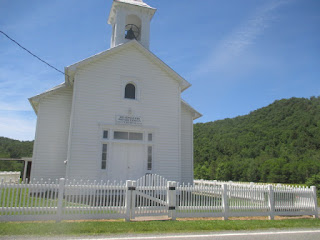 Cuomo started out by asking “What is a libertarian?”

Johnson, like CNN’s Tom Foreman, is also a track athlete.

Both candidates pretty much stayed away from very radical proposals.  But Johnson did propose a single Fair Tax, which would be a consumption tax.

A woman whose son was a quadriplegic in the aftermath of heroin poisoning tried to speak out against legalizing drugs.  Johnson was empathetic, but said he wasn’t proposing legalizing any drugs except marijuana.

Johnson also made a pitch for more use of the free market in health care, saying prices are hidden and kept obscured, and hinting that medical services are overused with needless procedures and tests.

Both were cautious when talking about guns and Orlando, but supported the idea that Americans do need to be able to defend themselves, sometimes.

Posted by Bill Boushka at 7:58 PM No comments:

CNN: Declassified: Untold Stories of American Spies" starts with one of the first female case officers, in Moscow 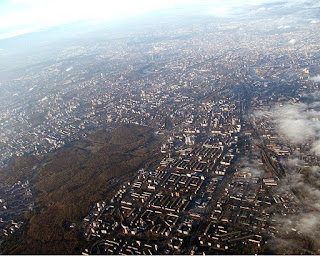 Sunday night, CNN premiered a new series “Declassified: Untold Stories of American Spies”  with the help of the Spy Museum in Washington DC.

The first episode was the story of “Martha D. Peterson” , one of the CIA’s first female case officers.

Martha decided to work for the CIA after being widowed on Oct. 19, 1972.  Her narrative involved working with a communist defector from Colombia and then going to Moscow to do “drops” for an uncover mole named Trigon.  She describes life in Moscow in the 1970s under total control of the KGB.  Eventually, Trigon would be caught and would bite on a pen with cyanide to commit suicide.  She would then be arrested in July 1977 at a bridge, interrogated, but then deported and allowed to return to the US. But her work was instrumental with negotiation especially during the Ford administration.

It's interesting how advanced “real world” spy technology had become by the 1970s, but we’re used to it in Bond films.  Pens become cameras, for photographing troves of telegrams.

Wikipedia attribution link for Moscow picture by Texmon under CCSA 3.0.

Posted by Bill Boushka at 10:21 AM No comments: 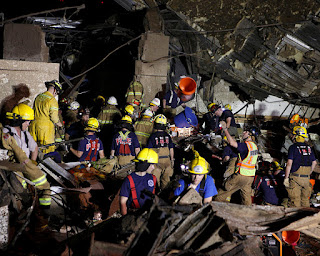 The film focused particularly on rescuing kids and teachers from the Plaza Towers Elementary School that was obliterated and is now rebuilt. The amount of personal emotion in the episode is quite startling.


Moore had experienced a major tornado with a similar path in 1999.

I drove through the area on I-35 many times while living in Dallas in the 1980s.  OKC is the most tornado-prone major city in the world.  A lot of people live with a lot more risk than I do now.

Posted by Bill Boushka at 7:21 AM No comments:

"The Fight Against AIDS" finally airs on CNN's "The Eighties" 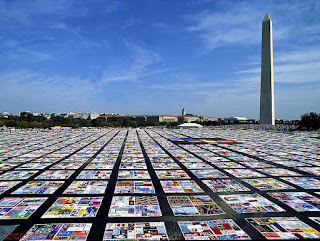 CNN “The Eighties” tonight finally, after many pre-emptive delays, aired “The Fight Against AIDS” (Episode 6).

The episode starts by noting how young gay men barely understand the history of what happened three decades ago.  That’s ironic, then, that the airing kept getting postponed.

The episode tells the story pretty well, starting with an encroaching medical mystery of young gay men, as well as recipients of blood products, going suddenly ill and declining quickly, with the number of cases doubling every six months.  The film somewhat exaggerates the number of sexual partners younger gay men in New York and California probably had.  The film summarizes very quickly the discovery of HTLV-III, but covers the “politics of denial” regarding taking the test.

The first cases were officially reported in the summer of 1981.  By early 1983, the media was starting to cover it heavily. In April, Time called it the "public health threat of the century."  Geraldo Rivera did a sensational report in May 1983 where he showed a particularly graphic case of Kaposi's Sarcoma.  In late 1982, I actually met James Curran of CDC at a conference in Dallas.  Rivera claimed that AIDS had come to the US through Haiti, but it is probable that it came to the US directly from Africa and then went to Haiti.
The first major drug that would be authorized would be AZT, with PWA’s taking other drugs on the black market. 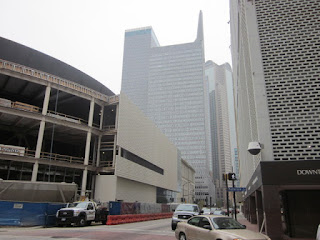 The episode covers Ryan White, who got the virus through clotting factor.  The “existential fear” often led people to shun even the “innocent” victims. President Reagan would not mention the disease until 1987, and when he did his remarks contained some equivocation and some moralizing, that brought catcalls.  It also covers Larry Kramer’s Act Up, which was instrumental in getting NIH to speed up researching new drugs, leading to the protease inhibitors of today.

I was living in Dallas, from 1979-1988 and lived through the heart of the political crisis in Texas, where very draconian anti-gay legislation was proposed in 1983 (HR 2138, expanding on the old 2106), but the Dallas Gay Alliance was able to keep it from getting out of committee.  Right wing groups like the “Dalls Doctors Against AIDS” made up theories claiming that gay men endangered all of civilization by “amplifying” the virus which then might make unpredictable mutations.

The episode touched on the controversy over testing for HTLV-III/HIV.  Gay activists often screamed "don't take the test".

The episode also covered the Quilt, starting in 1987.

P.D. picture on Wikipedia of the NAMES Project Memorial AIDS Quilt
Posted by Bill Boushka at 7:35 PM No comments: 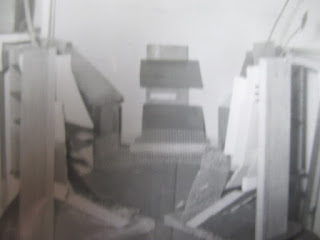 On May 31, PBS Frontline re-aired its documentary “The Fantasy Sports Gamble”, link.  A slender, attractive young man, graduating from college in Indiana and majoring in economics and business, was contemplating fantasy sports as a career rather than corporate work. People become fantasy “players”.   Some make seven figures a year. Fantasy Baseball is explained here.

The program covered many companies in the business (like Draft Kings and Fan Duel).  Some companies have license agreements with MLB and other sports.

Players claim there is skill involved, as they study the players whose “fantasy avatars” they trade. Fantasy players say they spend most of their time studying avatar players before making trades.   There is arguably skill involved in predicting how well a player will perform, and claim their winnings represent close study of player skills.  Would big league sports teams hire them? (like Jonah Hill's character in "Moneyball"). Would that young man get a job as a minor league scout?

But the New York State attorney general says that state law considers any operation based even partially on chance as illegal gambling.  This sounds like anti-libertarian “nanny state” mentality.

The documentary covered the hosting of servers running the leagues off shore (especially in Curacao, with the beach shown -- also a major site for international chess) -- and moving the servers to get around the law.

When I was a boy, we had not only a “league” of individualized backyard softball (my own record was something like 15-22, and home field advantage meant more than in MLB), and we also made up a fantasy league on paper of the 1955 baseball team, playing fungo games.   We did a good job of designing the rules, because the scores were reasonable.  The St. Louis Cardinals won a world series against the Baltimore Orioles.  The Senators were horrible (losing one fantasy game in Boston 17-0).  But the real Senators were 53-101 that year.  We also made cardboard stadiums (especially during summers in Ohio -- and I remember plenty of Indians' games in that "Mistake by the Lake") for some of the games.  My mother called this "baby play".  But there was more skill involved than in the grownup version.

Sometimes chess seems like a game of chance, especially in time scrambles, like at a tournament May 22 when a quiet position exploded into sacrifices and counter sacrifices.  I won on a blunder, when my opponent could have mated me. 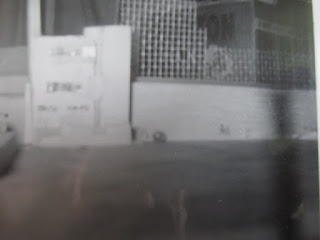 Posted by Bill Boushka at 4:05 PM No comments: