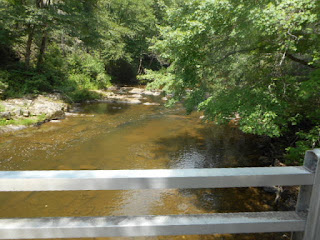 Tonight, ABC 20-20 aired “Actual Innocence”, about the conviction of an illiterate man, Mark Carver, whose hands had been crippled by carpal tunnel after decades of factory work.

The best story and video link is here.

The victim, UNC Charlotte student Irina Yarmolenko, was founded in a crashed car with a noose in the Catawba river in NC in August, 2008.

Carver had been nearby that day and would eventually be coerced by police.  DNA was found around the car (but not on the ligatures).  The 20-20 broadcast develops the idea that the DNA could have come from cross-contamination by law enforcement.  This sort of thing has happened before, as in another case in California.

At the trial, the Defense didn’t call witnesses, believing that the prosecutor had not presented convincing evidence.  Yet the jury convicted very quickly.

Another prison inmate wrote a fake confession for the crime, seeking publicity.

This case sounds like a good one for Andrew Jenks and his "Unlocking the Truth" series on MTV.